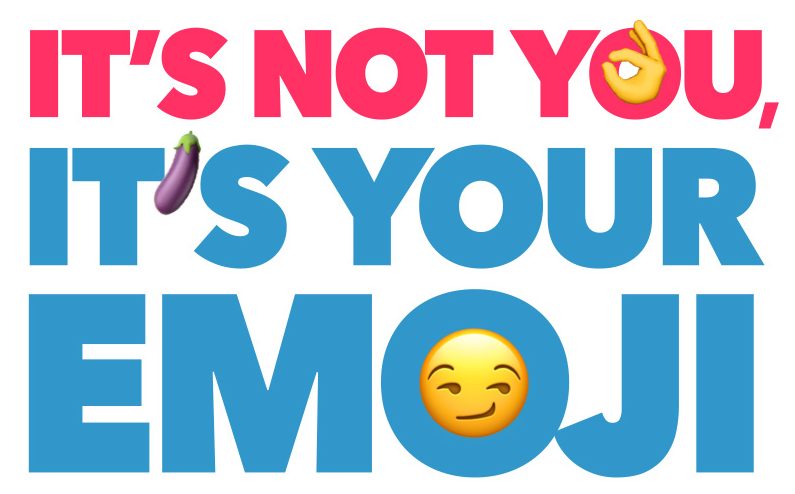 Swipe-based dating app Clover’s recent study reveals what emojis singles should and should not use when starting conversations online.

Clover analysed data from 3m of its users and has revealed the best emojis to use in opening messages via an infographic posted to its blog.

However, Clover found that the majority of emojis men are sending – the blowing kiss, grinning face, rose and smirking face – were not listed as emojis women tend to respond to.

Clover found that women are least likely to reply to the phallic eggplant, clapping, flexed biceps and fist bump, whereas men don’t tend to respond to the Vulcan salute, ring, crying face and pile of poo emoji.

As for the emojis women are sending, Clover found that the smiling face, heart eyes, waving hands and winking face were the most commonly used.

Clover is a swipe-based dating app that claims to be, “the fastest way to meet new people on iPhone, iPad and Apple Watch.”

It was announced in July last year that Clover had launched a new feature called Mixers, that seeks to bring people together over common interests and encourage them to meet up offline.

The feature lets singles create and view in-app forums on the dating app, where users can discuss shared interests – whether “snowboarding” or Game of Thrones – and potentially arrange to meet up.

Check out Clover’s full infographic below: