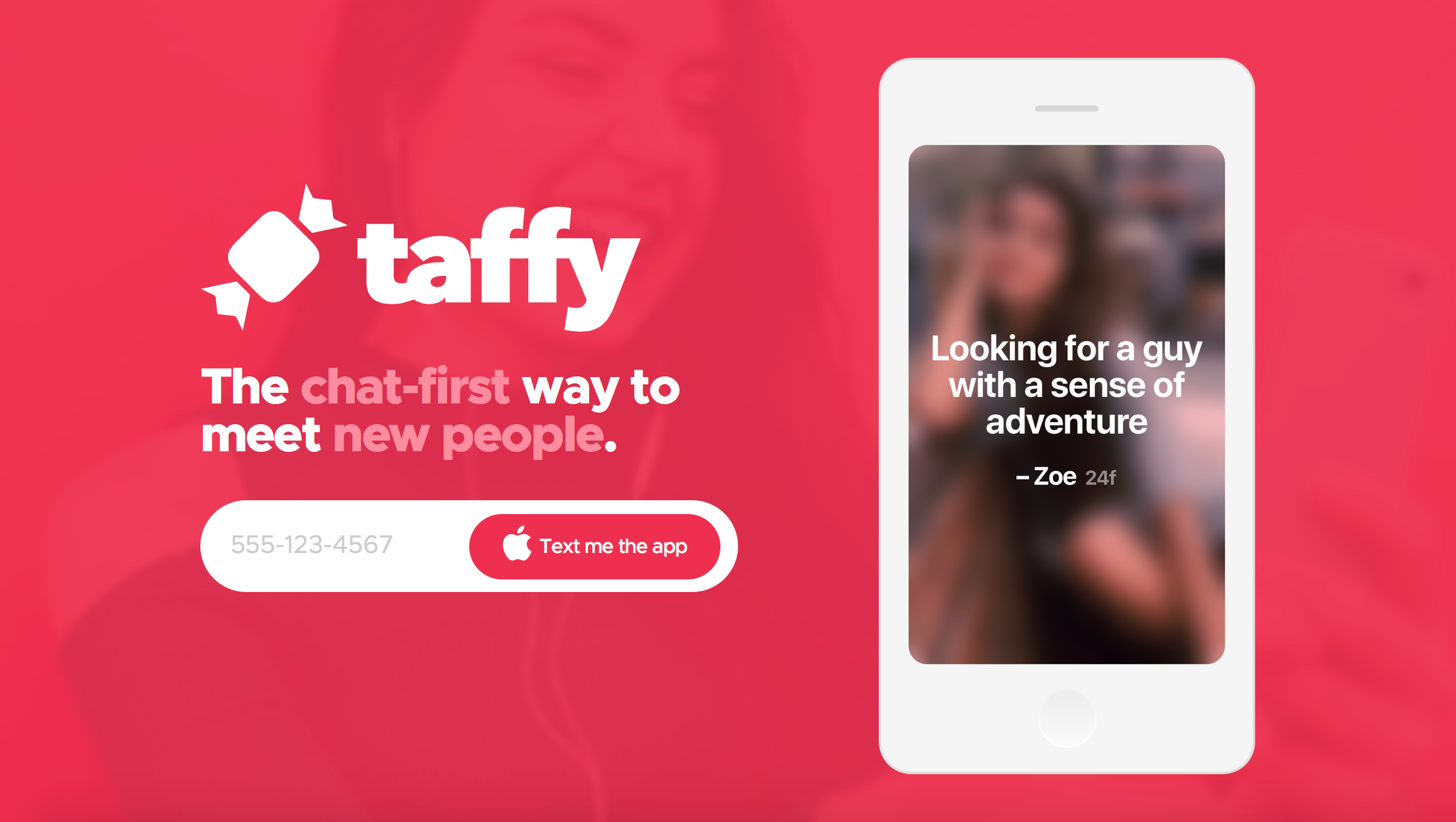 Taffy is a brand new dating and friendship app that wants to prioritise personality over initial attraction.

The app requires people to communicate first by having the profile photos blurred so users are initially unable to see who they are speaking to, but the more they speak, the more the images are revealed.

And while most dating apps are photo and profile-driven, Taffy is instead post-driven, meaning users write statuses that other singles can connect with.

These posts could be anything from: “Looking for a guy with a sense of adventure”, to “Bored out of my mind…want to grab a drink?” or “Stand up comedian looking for some fun”.

When writing these posts, users must categorise them into topics like love, friends, chat, hookup, advice or whatever.

When other people are browsing through the app, if they click this status post, which obscures their blurred profile pic, they are shown more information about that person, such as name, age and distance, as well as a longer bio/post. Taffy also allows users to filter the user base for the most relevant posts, and by gender, age range and distance.

The founder of the app, John Schenk, said the inspiration behind Taffy was that he wanted to put personality on a level playing field with physical appearances.

In a Medium post explaining the philosophy behind the app, Schenk said: “We’re largely ignoring the fact that non-physical characteristics such as intelligence, humor, charm, passion, drive and sex appeal all play an important role in defining what’s “desirable” about another person. In fact, studies have shown that physical attraction isn’t fixed to begin with.

“Personality actually plays a positive role in perceived physical attraction, when one finds another person likable and interesting. And almost always, it’s personality that helps “close the deal” when it comes to making authentic connections.”

Schenk started off as a financial executive in the music and entertainment industry in New York City, before seguing into the tech world, holding a number of COO / CFO roles at startups focused on digital/social media, advertising and influencer marketing.

He conceived of the concept behind Taffy around 18 months ago, then met co-founder Nick Wientge through the CofoundersLab and set about building the app in November 2016.

The team built a prototype in four months, held focus groups to get feedback, then took another six months to get the product ready for market and build the team, which now totals four. Speaking to Schenk, we asked the co-founder why he though Taffy could succeed in the dating market where others had struggled, and he said he believes Taffy’s gamified “slow reveal” aspect offers its own unique rush.

Schenk told GDI: “Most dating apps do pretty much the same thing: They’re hyper-focused on physical appearances. There are a few that strive toward helping users make meaningful connections, but those apps lack the game mechanic users expect in today’s world of instant gratification.

“In short, the vast majority of our competitors force you to make a hard choice between dating apps that are (a) fun/superficial, or (b) boring/authentic. Taffy aims to solve this problem by providing the obvious – a product that is (c) fun/authentic.

“First off, Taffy is somewhat counterintuitive, so it stands out from the pack. But more so, Taffy provides users with a compelling and engaging product that builds off curiosity and the unknown. The slow reveal feature provides the same kind of dopamine rush you get when you match with someone on Tinder.

“But with Taffy, you’ve inadvertently made a connection while working toward the payoff. Even if you’re not attracted to the other person, you’ve potentially made a friend. And thus, we’re betting the lost art of conversation can make a comeback, if executed properly.” Schenk and the Taffy team hope to grow the dating app through a mixture of word of mouth, social media campaigns and college marketing.

Taffy will also eventually be monetised via in-app purchases for extra capabilities and premium features.

The app is currently available on iOS and has so far received good coverage in publications like Mashable, Elle, NY Post, Fox News, Metro and Refinery29.