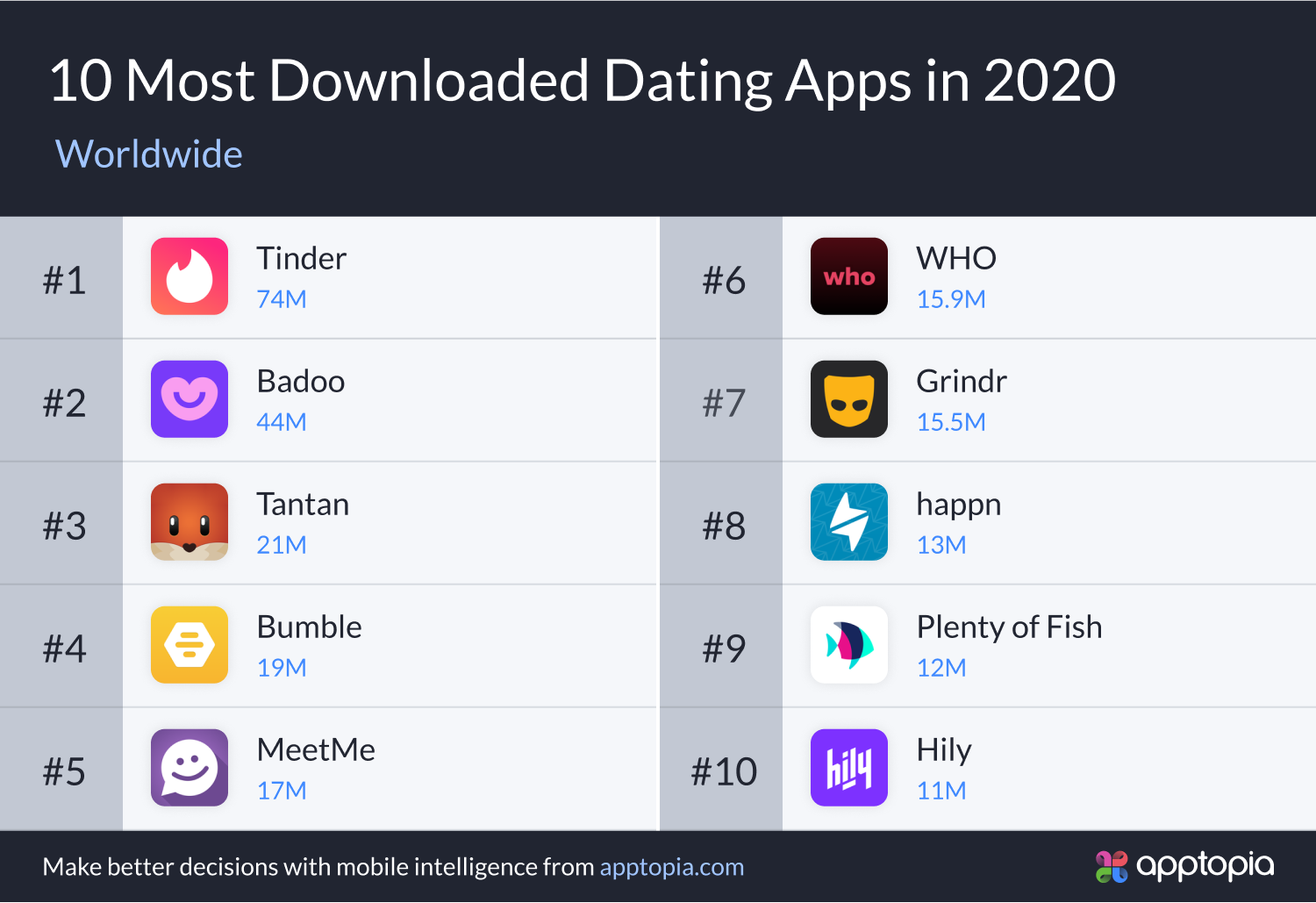 Global app intelligence data company Apptopia has published a roundup of the year’s most downloaded apps. The results were curated using data from the combined iOS and Google Pay stores, except in China where just iOS numbers were counted.

Dating apps saw their user engagement drop in early March, but the emergence of the virtual dating trend helped the industry continue to grow, despite offline dates being prohibited in most of the biggest markets.

Tinder was the most downloaded dating app of 2020, with approximately 74 million installs around the world. Badoo was a little way back in second place, registering 44 million downloads throughout the year.

Known as the ‘Chinese Tinder’, Tantan completed the top three only a little bit ahead of Bumble and The Meet Group’s flagship product MeetMe.

WHO, a video social community based in Turkey, had a positive year with just under 16 million downloads. Grindr was installed 15.5 million times and is the only LGBTQ-specific product on the list.

happn pivoted well after lockdown measures were implemented and expanded its matching radius from just 250 metres to 90 kilometres. This meant that users of the hyperlocal dating app were still able to meet new people, even though they were only allowed to leave their homes for a limited time.

Finally, Plenty Of Fish and Hily completed the top ten, with 12 million and 11 million downloads respectively.

Tinder was also recognised as the second-highest grossing general app of the year, bringing in a worldwide revenue of $513 million. This put it just behind TikTok but ahead of YouTube and Disney+.