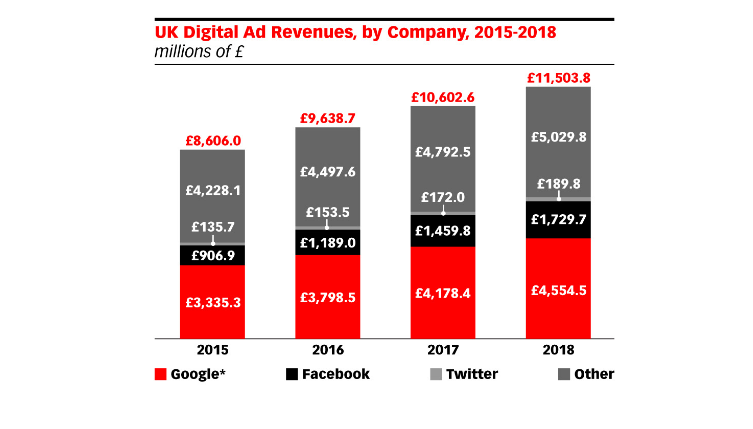 A recent report by eMarketer has revealed the rising tide of digital ad revenues in the UK.

The report reveals that overall mobile digital ad spending is on the rise, growing by 35% to reach £4.58bn this year – a figure greater than that of TV for the first time ever.

And according to eMarketer, Facebook is expected to see incredibly impressive growth, with its ad revenue said to increase more than previously expected, by a whopping 31%, taking it over the £1bn mark to £1.19bn.

And these figures are more than double eMarketer’s original projection from February, showing the massive boost digital ad revenue has seen this year.

That said, Twitter is predicted to fall in terms of revenue growth, with its market percentage expected to drop from the originally predicted 31% growth to just 14%, giving it £153.3m in 2016.

“This is simply a response to consumer behaviour, with the majority of social media usage now occurring on mobile, and mobile search behaviour, too, becoming more pronounced.”