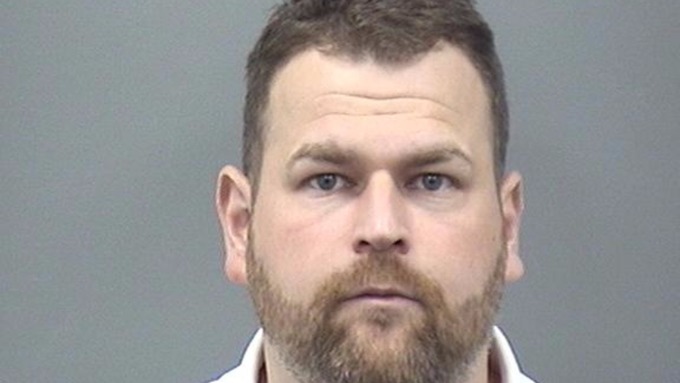 Conman Zac Langley has been jailed for five and a half years after pleading guilty to conning three women he met through online dating.

Zac Langley, from Dorset, has been put in prison for breaching a previous court order and committing five counts of fraud.

Just four days after being released from prison for a previous con-related offence, Langley took to the internet and signed up to Plenty Of Fish – the site he allegedly used to find his next victims.

Langley began speaking to Claire Cooper, 34, just four days after being released from prison, telling her he was working with the Royal Marines and had shares in a Southampton-based family business.

The pair met in Bournemouth just eight days after Langley was freed, and after having won-over Cooper and her mother Muriel, eventually persuaded the pair to part with tens of thousands of pounds, the court heard.

The two were told the money was going on things such as medical treatment for Langley’s mother, a Range Rover Evoque to replace the car his nephew had written off and even treatment costs for his aunt who had cancer.

Langley also showed the pair a fake email from KPMG, informing them he had a £50m property portfolio – a move that saw the pair shelling out around £32,000 to put towards a development property.

The mother and daughter are said to have lost almost £105,000 as a result of the scam.

Langley is also said to have met single mother Danielle Allen on the same dating site, persuading her to buy a Mercedes and £2,000 trip to Bath, after Langley proposed to her.

Following the proposal, Allen is said to have quit her job under the assumption Langley could fund her and her daughter – the conman also promising to build a £4m home for them.

Judge Jonathan Fuller said: “This defendant is quite rightly described as a serial fraudster. There was significant planning and consideration to the contrivances he was going to deploy.

“His victims were vulnerable because of their positions in life, and it is clear he targeted these kinds of people on the dating website.

“I’m told he is remorseful and ashamed. I have serious reservations about that.

“He is a cynical manipulator and a confident trickster. He is a thoroughly dishonest individual.”

Langley pleaded guilty to the charges and has now been sentenced to five years and six months.