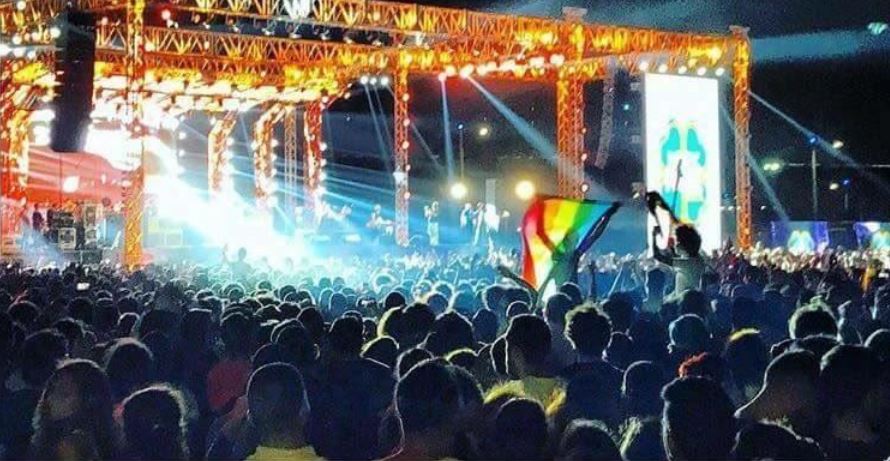 Following an incident where a gay pride flag made a public appearance at a music concert in Cairo, 33 people have been arrested as part of a new crackdown on homosexuality in Egypt.

At a concert on 25th September by Lebanese alternative rock band Mashrou’ Leila, whose lead singer is openly homosexual, an LGBT rainbow flag was waved by fans in the crowd.

The local media captured photos and many people complained, leading to a public prosecutor announcing that an investigation into the incident had been launched.

Two men were arrested in relation to the appearance of the flag, but have since been released.

Officials have called the incident an assault on Egypt and its morals, but many including dating apps have defended the LGBT community by sharing images of the flag on social media.

Local reports say this has led Egyptian police to start entrapping people suspected of being gay and transgender using these online services.

Reports from Amnesty International state that 22 arrests have been made in past three days alone, and that 31 of the total arrests since the flag incident in Cairo were related to “sexual deviancy” and “debauchery”.

Members of the band Mashrou’ Leila said that they were “heartbroken that the band’s work has been used to scapegoat yet another crackdown by the government.

“We denounce the demonization and prosecution of victimless acts between consenting adults.

“It is sickening to think that all this hysteria has been generated over a couple of kids raising a piece of cloth that stands for love.”

In a previous case where five men were on trial, an official overseeing the case described the internet as “teeming” with homosexual people.

“The Egyptian authorities’ announcement that they are investigating the rainbow flag incident as a criminal act is utterly absurd. No one should be punished for expressing solidarity with LGBT individuals or based on their perceived sexual orientation.

“The authorities must urgently halt this ruthless crackdown and release all those arrested immediately and unconditionally.”