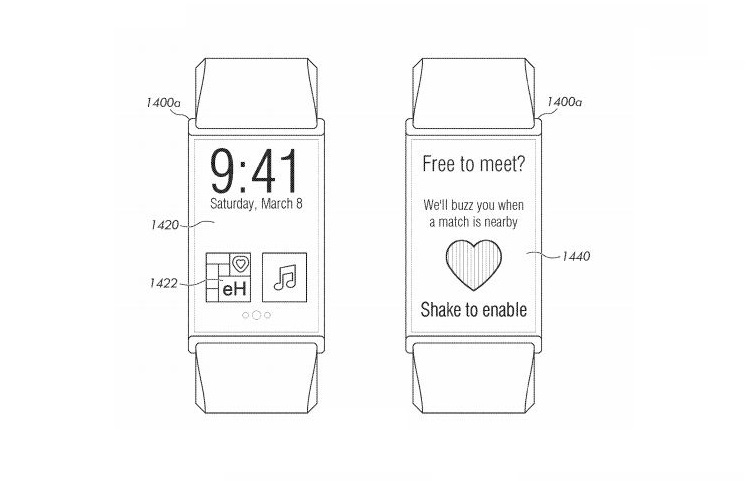 Dating brand eharmony has successfully renewed a patent that would allow online matching via a wearable device. The patent was first applied for in 2014, and first granted in 2017.

Images throughout the patent show interface design examples, from the device’s home screen through to user profiles.

It also shows an example compatibility screen, wherein two users share “family values” and “curiosity” but have a lack of connection when it comes to “spirituality”. A flowchart in the document describes how the app would alert users when a potential match was nearby.

Grant Langston, CEO of eharmony, recently told Thrive Global that he didn’t think the future of dating apps would involve DNA science. The brand’s Future of Dating 2018 report instead suggested that “smart devices will predict if your relationship is on the rocks” in years to come.

Speaking to GDI earlier this month, CEO of Once Jean Mayer said he felt VR and AR-integrated wearable tech could be the next major innovation in the dating industry.

He said: “As soon as you have AR glasses, or something like that, you will see dating apps evolving or maybe a new startup that is going to offer you an AR experience.

“The whole idea here is to be a little bit like happn again. It will most probably be along the lines of looking at a place and using automatic face recognition to tell you that these girls are single and are actively looking for something using these platforms.”