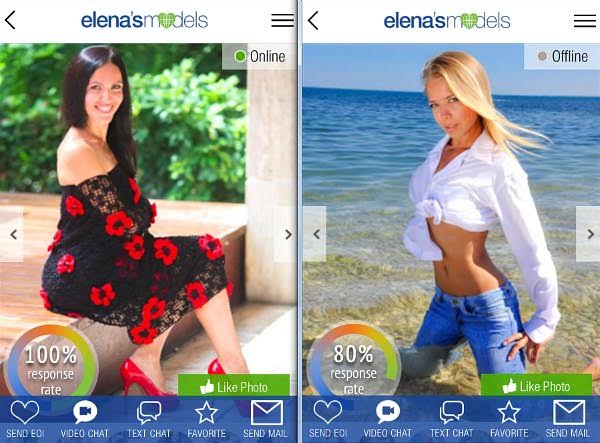 European dating site Elena’s Models has announced it has brought back its Response Rate feature with its latest update.

With Response Rate, users will be able to see how often people reply to messages on the site with a percentage that is displayed on each person’s profile.

This new feature hopes to give better insights into users’ habits and also inform people about the likelihood of getting a response from someone they have their eye on.

And although the new feature may seem daunting to some – especially those who go down the ghosting route to avoid letting people down – the site’s founder Elena Petrova said: “If the Response Rate of a particular individual is low, this person may be seen as a challenge.

“It also gives a message to a prospective match to check their requirements carefully, and in general put a bit more effort in the initial communication.

“At the same time, for men and women who are unsure about their options, seeing that someone responds to 100% of their mails gives more courage to initiate contact.”

The site has said the new percentages will be on all profiles – not just those of women, as with the previous version – and any response will be counted towards the figure, even if it is just a “yes” or “no”.

In addition to this, negative replies will not downgrade the score, and any response counts towards the percentage.

Elena’s Models added: “Developers believe that the new feature will add to the transparency of interactions on the dating site.

“Profiles on the site already indicate the time of the latest login by the member (last activity).

To find out more about Elena’s Models please click here.