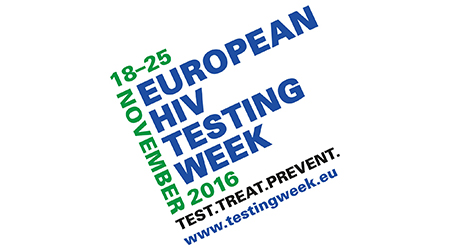 To mark European HIV-Hepatitis Testing Week, the Terrence Higgins Trust and European Test Finder teamed up with some of the biggest gay dating apps to help promote STI screening.

Running from 18th-25th November, European HIV-Hepatitis Testing Week aimed to raise awareness and encourage people to get tested for HIV, hepatitis and STIs.

To mark the week, Terrence Higgins Trust teamed up with Aidsmap’s European Test Finder, encouraging more people to go out and get tested, by pushing the test finder on gay dating apps Hornet, Grindr and PlanetRomeo.

Campaign coordinator Cary James, from the Terrence Higgins Trust, said: “We believe this is one of the most far reaching initiatives to promote HIV, hepatitis and STI testing in the world ever.

“It demonstrates how commercial companies, public health and community organisations can work together to create something game-changing which crosses borders and makes a difference.”

Over the course of the week, free ads were displayed on Hornet, Grindr and PlanetRomeo, each one linking to the test finder, which points singles in the direction of their nearest testing centre.

These adverts were pushed in 53 European and Central Asian countries and translated into 40 languages, the test finder itself translated into English, French, German, Portuguese, Russian and Spanish.

The European Test Finder, which was funded by HIV in Europe and the European Centre for Disease Prevention and Control (ECDC), asks people to input their postcode or town/city to find their nearest centre.

ECDC Acting Director Andrea Ammon said: “As our surveillance data shows, reaching and testing those at risk of infection, whether it’s HIV or hepatitis, is still a public health challenge across Europe.

“If we want to avoid further infections, we need to boost testing services.

“That’s why ECDC welcomes the efforts of European HIV-Hepatitis Testing Week to increase positive dialogue among those at risk of HIV and viral hepatitis and those who offer tests across Europe.

“These diseases can be asymptomatic for a long time and without getting tested, many people will live with their infection without knowing it.”

Grindr, Hornet and PlanetRomeo have all expressed their support for the campaign, acknowledging its importance to the gay community.

Grindr’s Jack Harrison-Quintana said: “Grindr is committed to educating the global LGBTQ community about safe sex practices and is proud to partner with the European HIV-Hepatitis Testing Week. Our goal is to promote testing, protection, prevention and treatment to our users.”

Alex Garner from Hornet said: “Hornet is proud to support European HIV-Hepatitis Testing Week. We understand how important testing is and that knowing your status is a key step toward taking control of one’s health.

“We will continue to do all we can to provide our community of users with vital information and resources about testing, treatment, and the diversity of prevention options.”