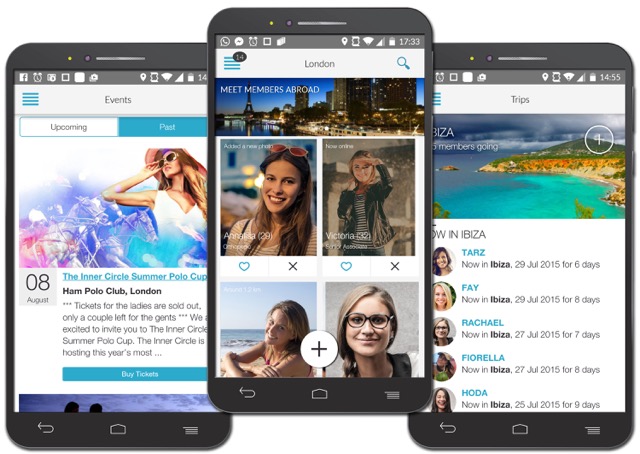 Exclusive dating platform The Inner Circle is having no difficulty in attracting new users, and now has over 40,000 people on its London waiting list.

The invitation-only service, which launched back in 2012, is designed to connect “successful, ambitious and like-minded singletons” across cities in Europe.

The Inner Circle currently has 30,000 members in London, an additional 90,000 across Europe, and according to the site, has more than 120,000 people on its waiting list globally.

After noticing a high demand for the service, The Inner Circle created a waiting list, which also works to maintain an even gender ratio amongst its exclusive members.

Contrary to most dating platforms, it claims that around 60% its 18,000 UK app users are female.

Last September, the company imposed a ban on woman from London joining the site for one month in order to “even out the gap”.

Its CEO, David Vermeulen, commented on the huge interest in the platform, saying: “Our focus is on quality, not quantity. We carry out a rigorous screening process in order to eliminate the hassle of members having to sift through thousands of unreliable and unsuitable profiles.

“We found that singles with similar backgrounds and interests are more likely to hit it off.

“So to ensure that real people meet like-minded singles, we personally curate and approve each member. This ensures that compatibility and mutual interests prevail”.

In terms of demographic, The Inner Circle predominantly caters to people between 25 to 40 years old, with approximately 94% of them having a bachelor’s qualifications or higher.

And the service – which now operates through both web and app platforms – currently has networks in Barcelona, London, Milan, Paris, Stockholm and Amsterdam.

It is currently available to download on iPhone, Apple Watch and Android devices.

Check out our Day in the Life interview with Vermeulen here.