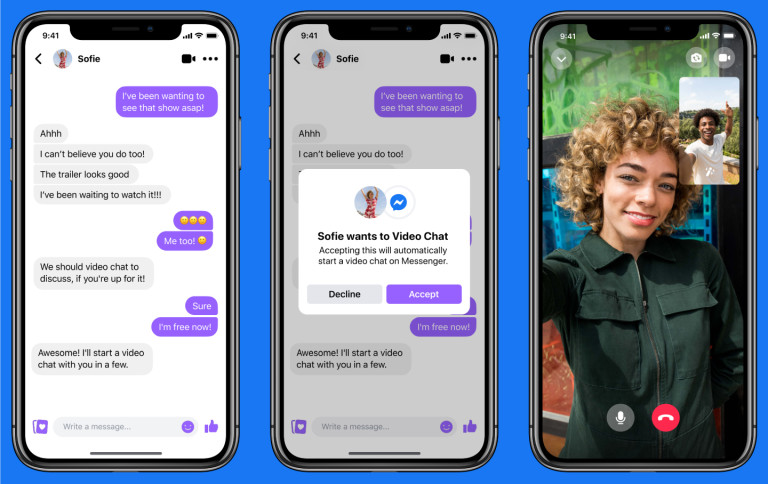 Facebook has begun introducing new video features across its family of apps to help people connect while lockdown measures are in place.

This includes a new video calling feature that will allow users of its Facebook Dating service to connect over Messenger, as an alternative to going on a real-world date.

In countries where Facebook Dating is available, singles will soon be able to invite their matches to a ‘virtual date’, consisting of a video call in the Messenger app. A pop-up will appear for the other party, which they can choose to either accept or decline.

The new feature is currently in the early stages of development, and Facebook is yet to release more specific details about its privacy and security terms.

The social media giant is also going to release ‘Messenger Rooms’, a Zoom rival that will allow conversations between a maximum of 50 people. Participants can also add 360 virtual backgrounds, mood lighting and share their screens for presentations.

CEO Mark Zuckerberg explained in a statement: “You’ll also be able to discover rooms your friends are in at the top of News Feed, and it’s easy to drop by and say hi. You don’t need to schedule time to hang out like other video conferencing tools.

“We’re testing Rooms in a few countries now and plan to roll it out globally over the coming weeks.”

Finally, subsidiary WhatsApp is going to expand the participant capacity of its group video conversations from four to eight.