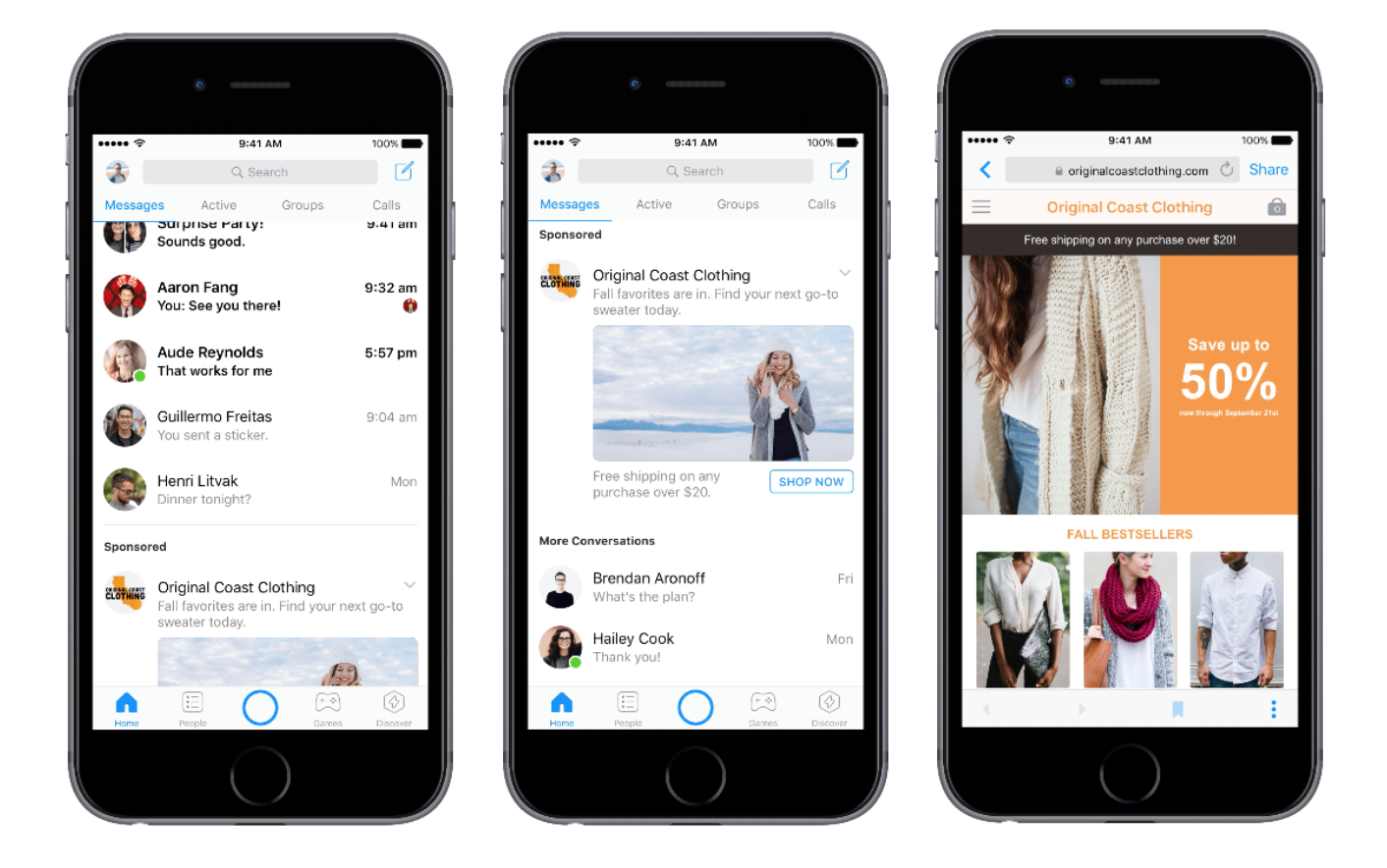 Facebook has announced it is expanding its global beta for Messenger ads.

The update will bring sponsored ads to the home screen on Messenger.

Facebook said that some advertisers will begin to see Messenger ads as part of automatic placements within Power Editor and Ads Manager.

Advertisers will also be able to add Messenger to campaigns using the Traffic and Conversion objectives as well as using existing targeting options.

The advertising strategy was first trialled in Thailand and Australia, and has clearly performed well if Facebook is now deciding to expand it globally.

In terms of users, Facebook said a “small percentage” will begin to see ads in their Messenger Home tab as the beta expansion grows, which will extend over the coming months.