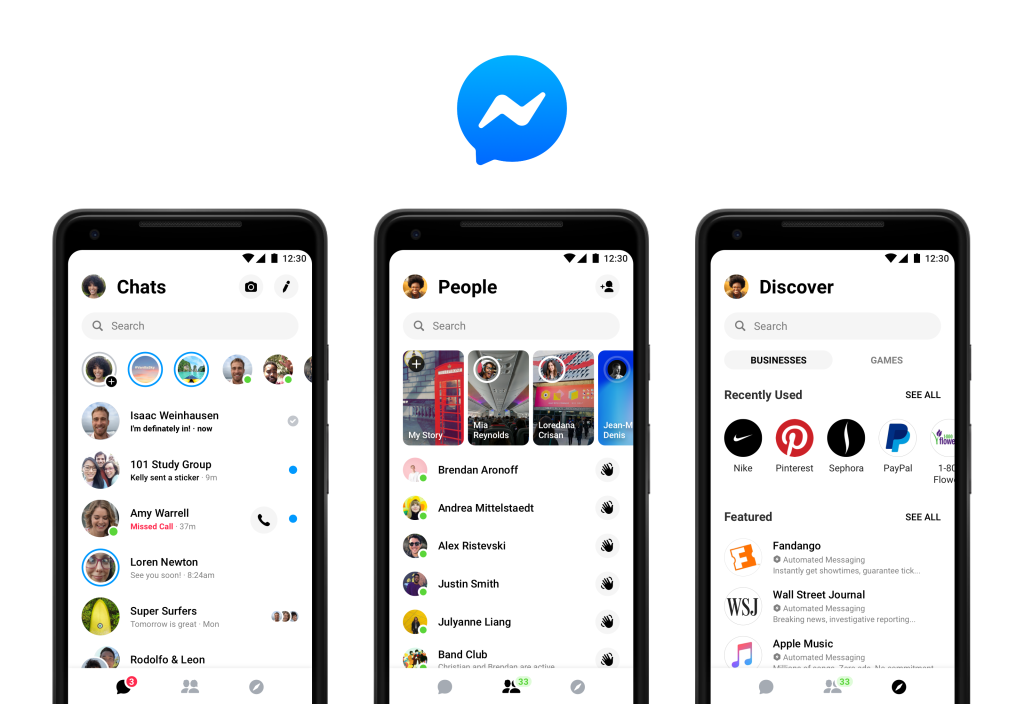 Facebook has released an updated version of Messenger which has a dedicated focus on simplicity and user experience.

Messenger 4, which will be slowly rolled out over the next few weeks, has been designed to make the app feel less cluttered.

The update also comes with a brand new logo. The bubble is rounder and the white bolt in the middle has much softer edges.

The number of tabs on the homepage has reduced from nine to juts three, Chats, People and Discover, to make the app easier to navigate.

Vice President of Messenger Stan Chudnovsky said in a Messenger 4 release post: “We’ve built a lot of capabilities over the years, but [Messenger] is not as simple as the app was when we first began our journey.

“We had a decision to make here: we can continue to pile on, or we can build a new foundation that would really enable us to build simplicity and powerful features on top of something that’s new and something that goes back to its roots.”

The Chats tab is home to the personal one-on-one and group messages. The Camera button has been moved to the top of this tab, which suggests Facebook will be less forceful about trying to push people into uploading Stories.

The middle tab is People and this is where a user can view their friends’ Stories and see who else is online.

Finally, the Discover tab is where people can view businesses, find the latest deals and play instant games. Also included in the update is the introduction of colour gradients. Users can customize their chat bubbles to change colour as they scroll through a conversation.

There are further additions planned but Facebook wants to roll them out in stages. A Dark Mode is coming in the near future to make nighttime use more comfortable and less harsh on users’ eyes.