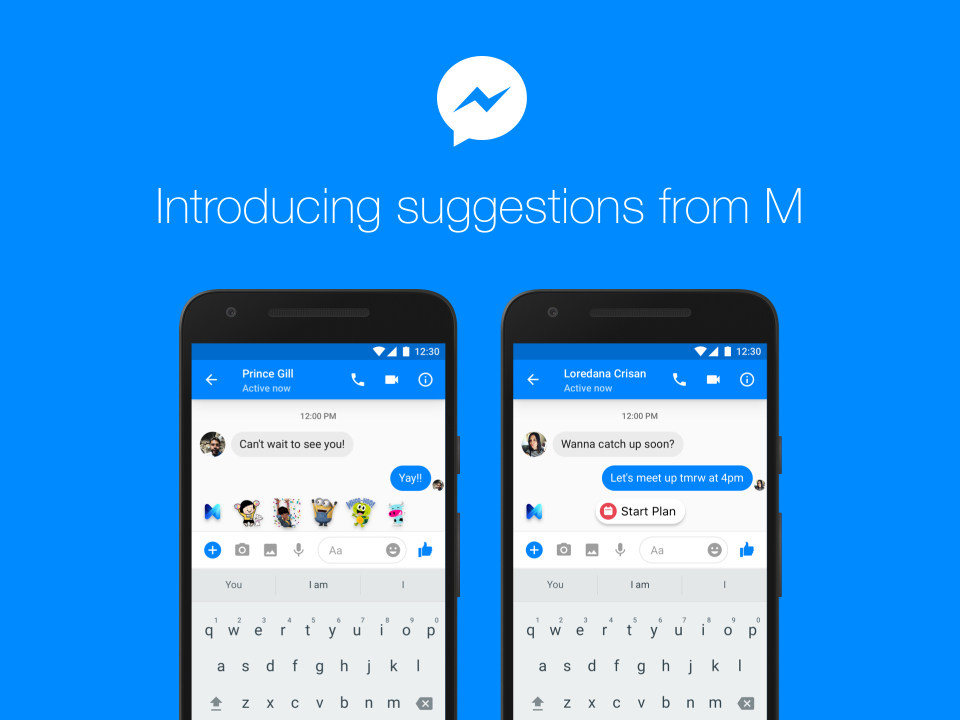 Facebook has rolled out an AI-powered Messenger assistant feature called M to all US users.

Facebook’s Messenger assistant was first announced in 2015 and was originally pitched as a digital assistant that tackles tasks and finds information for users.

Having learnt from the original version, which was only rolled out to a small number of people on Messenger, Facebook has now launched a re-vamped version of the service to all of its US-based Messenger users.

M will pick up on conversation topics within open chat messages and suggest actions or possible content via pop-up, clickable buttons.

For example, if Facebook users are discussing plans to meet, M might suggest they use the “start plan” feature – M will show a pop-up icon, which users can tap if they want to use Facebook’s plan feature.

“We are bringing the power of M’s AI technology to support and enhance the Messenger experience and make it more useful, personal and seamless.”

Global users will also begin to see some changes to the Messenger platform, as Facebook is altering how people compose messages.