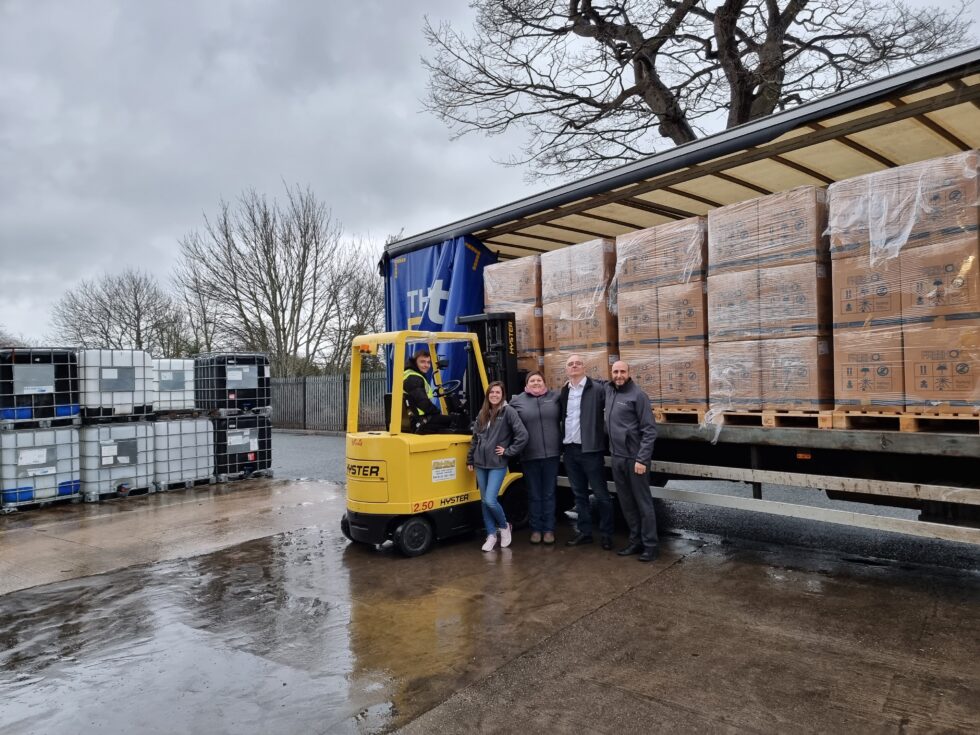 Forces Penpals has announced a sizeable donation of vital supplies to Ukraine. The military dating site has donated more than 33,600 oxygen masks worth over $20,000 to help Ukrainians caught in the chaos of war, since the Russian invasion of the country.

Forces Penpals CEO, Bruno Mustone, said: “I’m sure we’ve all been watching the tragedy in Ukraine unfold on the news and feeling helpless. The Forces Pen Pals community had been discussing ways in which we could help, with many sending spare military kit, clothing, uniforms, boots etc. However it became apparent there was a desperate need for oxygen masks. Coincidentally my other business, Clear O2, had supplies of that item in stock. Immediately, I realised we’d got a big opportunity to help.

“We then started looking for the quickest way to get the oxygen masks out there and through contacts I came across the Central Bedfordshire Ukraine Appeal. Kasha and Emily were straight on it and already had experience shipping items to Ukrainian hospitals, so I teamed up with them and within a couple of days, the items were collected and on their way to help out,” Mustone explains.

According to the Global Conflict Tracker, over 2.3 million people have fled Ukraine since February 24, 2022. Meanwhile, UN estimates show that 516 civilians have lost their lives, while another 908 have been injured in the fighting. This is a critical time to extend support to Ukraine and her people.

Forces Penpals, is the foremost military penpals, dating and social networking website bringing together civilians and members of the military. It has been helping connect people since 2003. The donation is being made in conjunction with Forces Penpals’ sister company Clear O2 Oxygen Cans, which has a focus on promoting good health and, over the years, has been in the business of supplying high-quality oxygen.