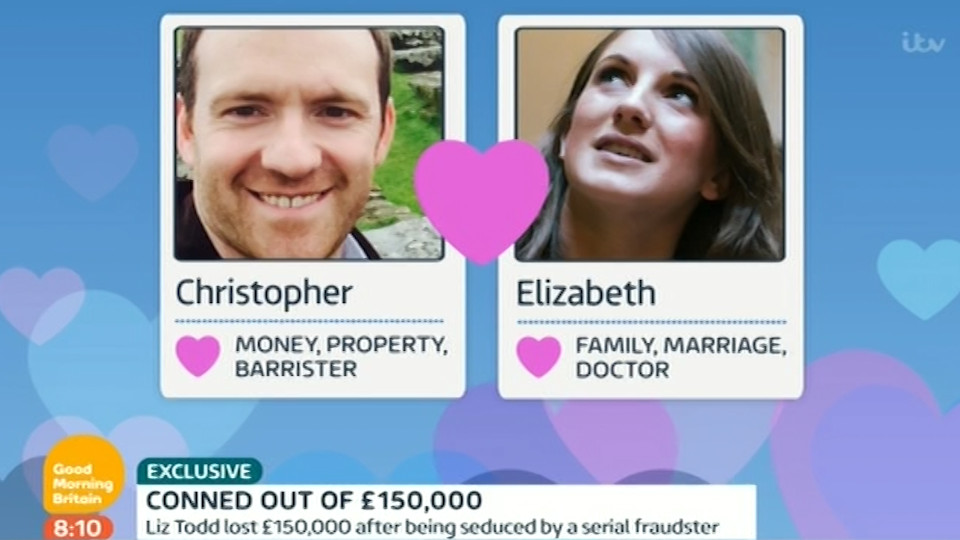 Career fraudster Christopher Heayns’ appeal to reduce his sentence has been denied, the court calling the decision “unarguable”.

Just 11 days after Heayns had been released from prison – he had 133 previous fraud convictions and had been jailed for fraud seven times before – Heayns met Liz Todd on dating site Plenty of Fish.

Months into their relationship, Heayns asked Todd to rent a home under his name, which he claimed he was unable to do because of his job as a barrister.

Todd also paid a number of his bills and housekeeping staff’s wages.

Heayns actually used the funds to pay for prostitutes, strippers, hotels and fancy trips to London.

And this week it was announced that Heayns’ application to reduce his sentence had been refused, the court saying his attempt was “unarguable”, before rejecting his request.

Heayns had been in court again at the start of the month for a proceeds of crime hearing, where he appealed against the value of the fraud he had been charged with, arguing it was less than that stated by the court.

The case was adjourned until June, but the court heard that prosecutors will likely only be able to receive a nominal payment of £1, as Heayns has no assets.

According to the Chronicle, prosecutor Eleanor Fry said: “Sentence took place in July last year but the defendant has sought leave to appeal the sentence of this court.

“The appeal is on the basis the benefit figure placed him in the higher category in the sentencing guidelines.

“That has an impact on the Proceeds of Crime Act, even though the Crown seek a nominal order of £1 given he has no assets.”