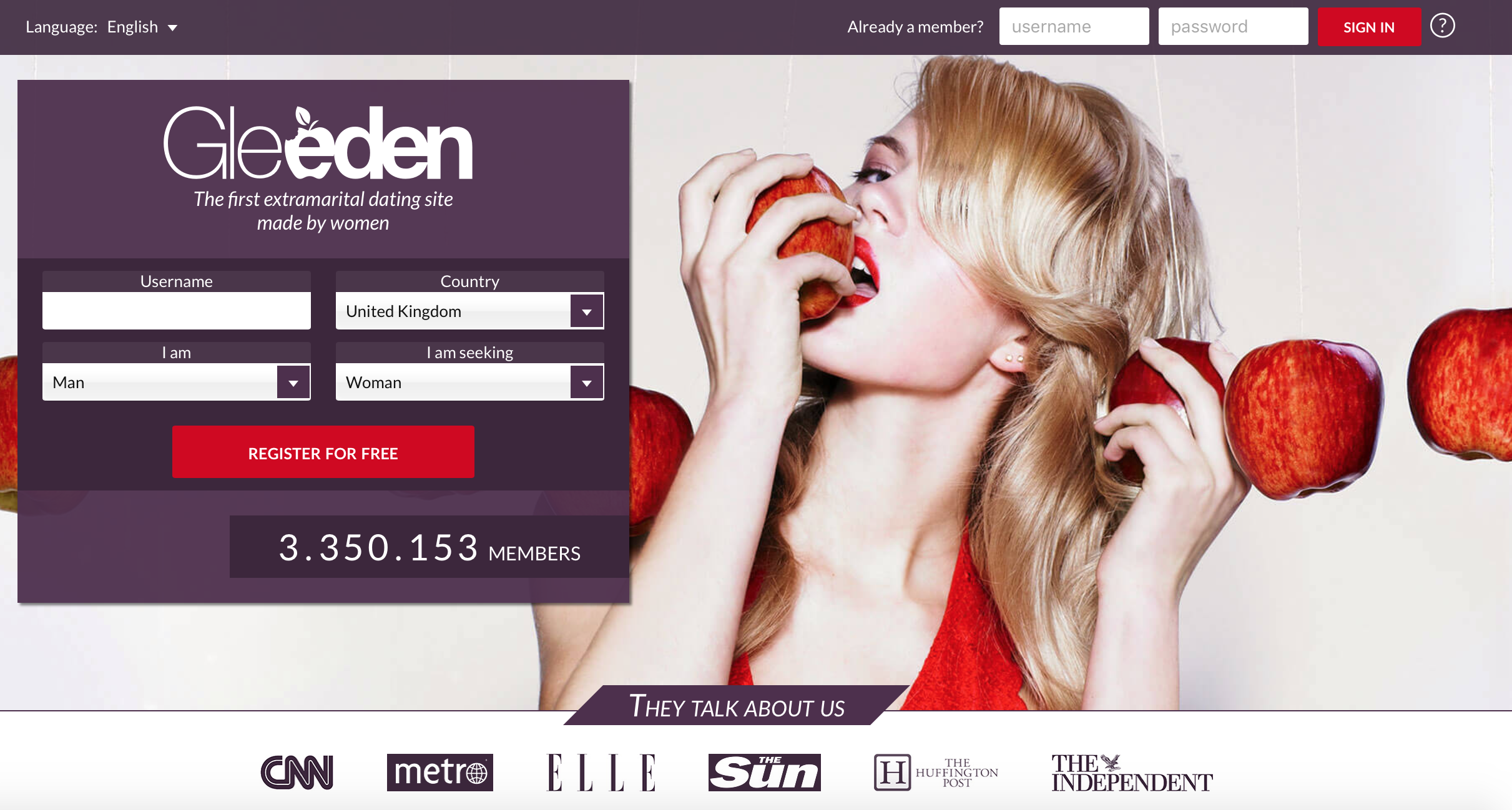 The news comes as the French dating brand announces it has crossed the 3.5m global subscriber count.

Like Ashley Madison, the dating site provides a place where married people can cheat, but one whose platform is run by a “100% female team”, its tagline reading: “The first extramarital dating site made by women”.

Available on mobile and desktop, women can sign up to the service for free, whereas men must pay using a credit-based system.

And having crossed the 3.5m mark, Gleeden is this year expanding into India, according to a new announcement by the French company.

The move sees Gleeden follow the lead of Tinder and Happn, who have both launched in the market over the past few years, Tinder calling the market “key” to its future growth.

Happn officially launched in India last month after a year of soft-launch, having generated 1m users by the end of 2016.

Solène Paillet, Gleeden’s Head of Communications, said: “We are delighted to cross the 3.5 million mark and look forward to explore the Indian market. The company’s aim is not only to bring members together but to anticipate their expectations and needs and providing them with reliable content, a high-quality interface and many innovative services.

“Moreover, in a society where infidelity is ubiquitous but still a taboo, Gleeden is a pioneer in the culture shift and is altering the perception about concepts such as infidelity. We speak for those men and women who want that this hypocrisy would end one day.”

Earlier this year, Gleeden were victorious in a legal battle against a French Catholic group who sued the company, claiming the dating site contravened France’s civil code by promoting infidelity.

The court ruled that legal issues regarding infidelity were only applicable within the boundaries of a “private marital relationship”, and that Gleeden’s reference to infidelity was not unlawful.