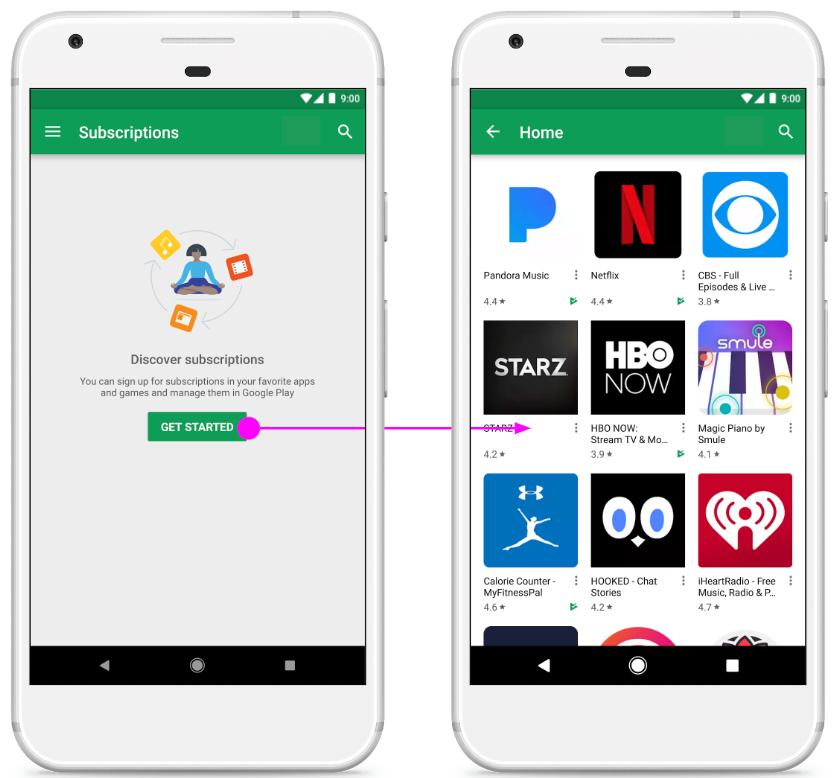 Google has announced the official launch of its subscription centre for Android users.


The new feature will centralise all Google Play subscriptions and will offer a way for users to find other apps they might like to try.

The feature was first introduced at Google’s I/O developer conference back in May and has recently rolled out to Android users. Google had not formally announced the arrival of the feature until yesterday.

In order to access the subscriptions centre, users will have to click the link available from the “hamburger” menu within the Play Store app.

Apple’s page for subscription management is reportedly harder for iOS users to find. Google has proactively approached the issue for its Android users, landing it some credibility with the Time Well Spent movement.

In Google Play’s Subscriptions centre, users will be able to view their existing subscriptions, cancel them, renew them, and restore those that had previously cancelled.

Users will also be able to manage and update their payment methods, and set up a backup method.

In addition, developers can also create deeper links to their subscriptions which they can then distribute across email, social media and the web.

When users cancel their subscription, developers can then trigger a survey to find out the reason why. This user feedback will help developers to be able to tweak their product offerings. Google has also announced that it may be tweaking different aspects of the product between the developer event and the public launch.