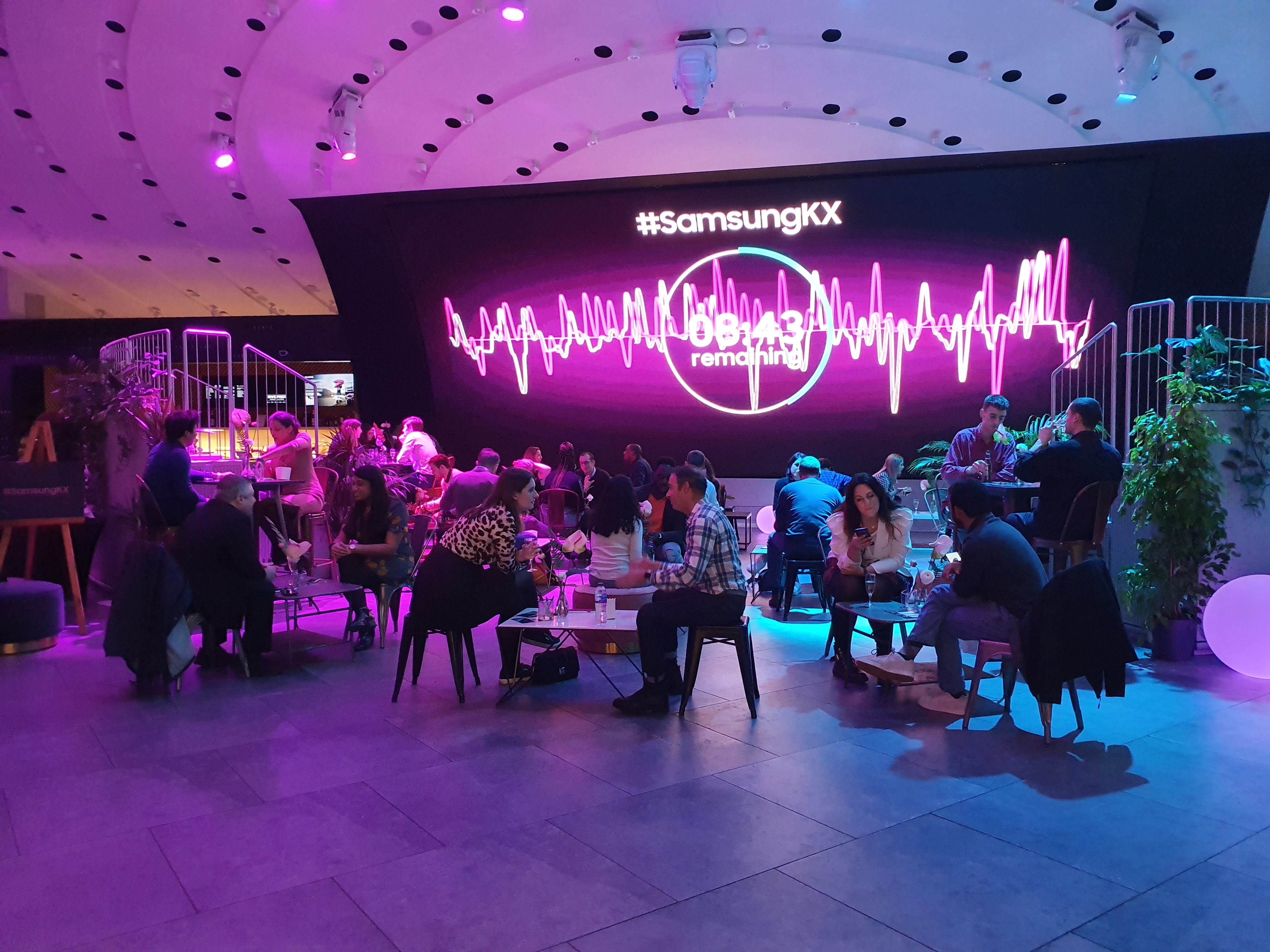 Samsung KX has partnered with happn to help singles find the “spark” of love in five speed-dating events during March.

The events are taking place at Samsung KX in London, a physical experience space that brings together local culture and unique innovation, and consist of ten-minute ‘micro-dates’.

Guests wear a Samsung Galaxy Watch which measures their heartbeat during the dates so they can find the partner that literally gets their heart racing.

“This idea to literally track real chemistry and connections using our technology reaffirms what Samsung is all about, a true home of innovation.”

There is also be a permanent fixture, called the Connection Corner, where couples can take part in a range of pop-up activities.

Research carried out by Samsung KX showed that 46.5% of the British public were single and 33% think that chemistry is very important in a relationship. It also revealed that 54% take half-an-hour or less to feel a connection.

Samsung KX subsequently collaborated with happn to create the new dating events, the final three of which are planned for the 5th, 12th and 19th March.

Heterosexual singles have the opportunity to take part in this week’s event, while ‘micro-dates’ for same-sex couples are being held on the next two Thursdays.

Marine Ravinet, Head of Trends at happn, said: “This forward way of micro-dating blows romantic types out of the water…After all, meaningful relationships begin with real-life meetings.”

happn worked with RED, an organisation that aims to raise awareness of HIV/AIDS, in December last year to raise funds for the elimination of the virus in eight African countries. The dating app donated 5% of the revenue it made on World AIDS Day (1st December) to RED.