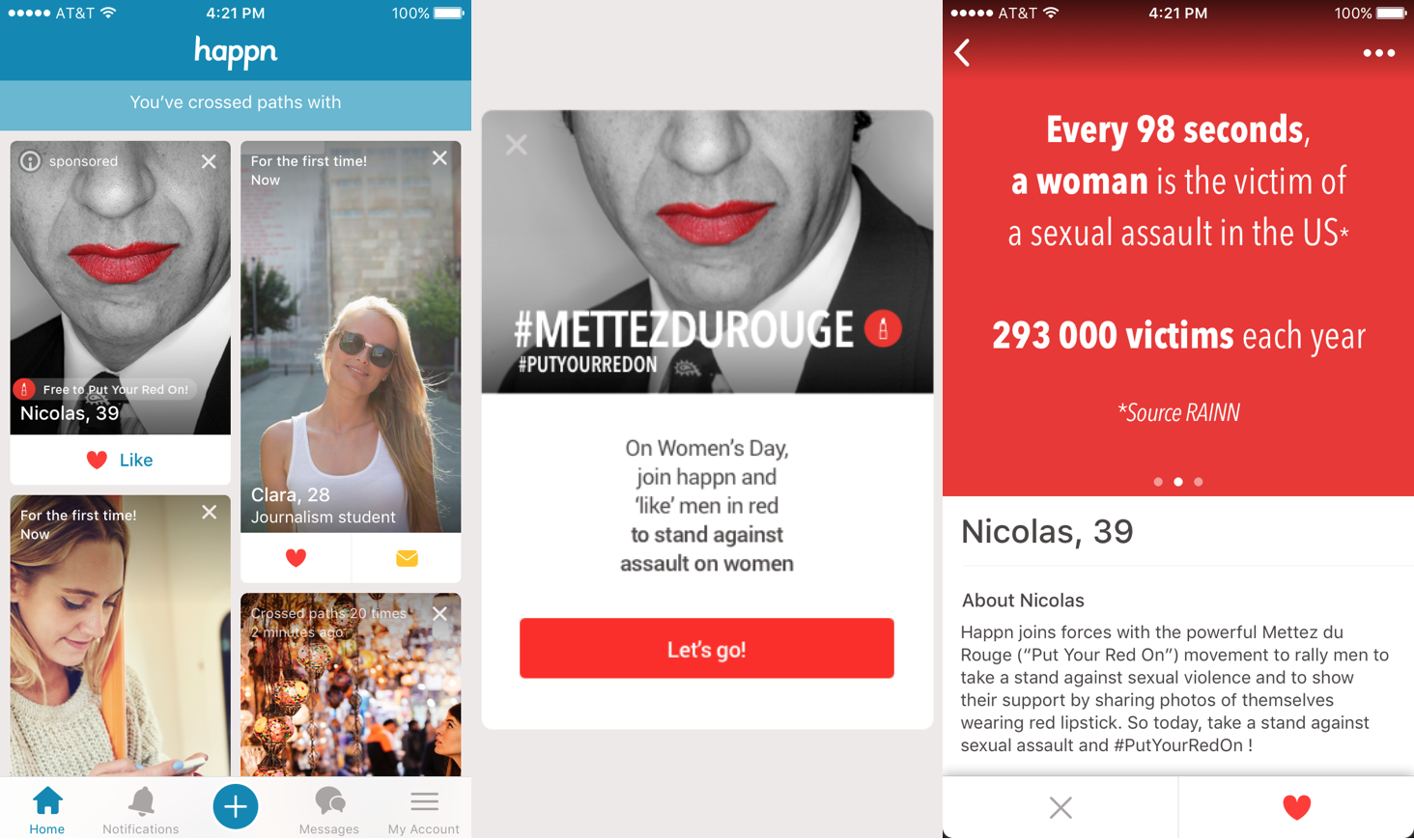 Male online daters are being called on to wear red lipstick by dating app Happn in support of a campaign against sexual violence.

The global dating app is teaming up with the Mettez du Rouge movement, which seeks to “rally men around the world to take a stand against sexual violence” by sharing photos of themselves wearing red lipstick.

And on 8th March, International Women’s Day, Happn will ask users in Canada, France and the US to show their support by doing the same thing in their dating profiles.

The thriving dating app will publicise the campaign on the mobile service with a pop-up screen announcing the campaign, and by adding several profiles of men wearing red lipstick to users’ timelines.

The Mettez du Rouge campaign, which translates to “Put Your Red On”, seeks to “bring back men into the conversation” around sexual violence against women.

This year, the campaign is calling attention to the statistic that there are over 293,000 cases of sexual assault against women reported in the US every year – 802 every day, and one every 98 seconds.

Happn’s International Director of Communications, Claire Certain said: “The statistics about sexual assault towards women are frightening, scandalous and outrageous, even more so when we think about the people behind those statistics. These are victims, real people, real women!

Happn will also let users join in the campaign with its offline-focused dating feature See You There – a “put your red on” activity button being added to the offline date section.

Find out more about the Mettez du Rouge campaign here.