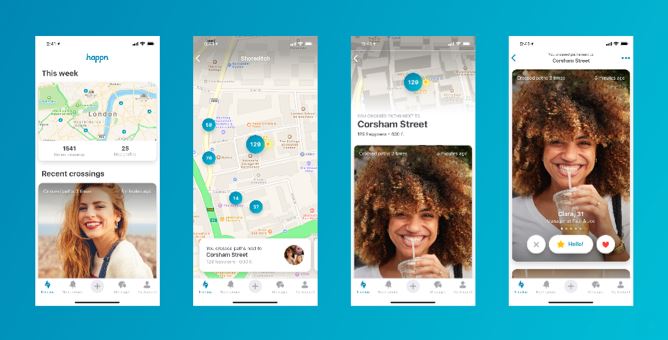 It has today been announced that happn has 50 million users worldwide.

To celebrate, the dating app is launching its new interactive mapping feature which helps users discover people that they have crossed paths with over the past seven days.

Users are able to open a mapping feature and click on the location that they saw someone they fancy, and they can then see if they appear.

For example, users can look back to the concert, event or bar they went to and saw someone they liked the look of.

happn founder Didier Rappaport described the launch and the announcement of having 50 million users worldwide as “an incredible achievement for the team.”

Rappaport said: “The crossing of paths between two people has always been the DNA of happn. With happn maps, we go further in our promise by separating the dimensions of space and time, because time flies, but places stay still!  The profiles are no longer only sorted in chronological order and in real time but also according to your place of geographical crossings.”

He added: “The new timeline we launched in spring quickly appealed to users as we saw a significant increase in their activity in the app.  However, we felt something was missing – the possibility of having an over-arching view of people you have crossed paths with is a massive win that we hope will be very popular.  Scroll your timeline or explore the map – it’s your choice!”

The new mapping feature will use the same geolocation data which happn uses to already help individuals scroll through their timeline.