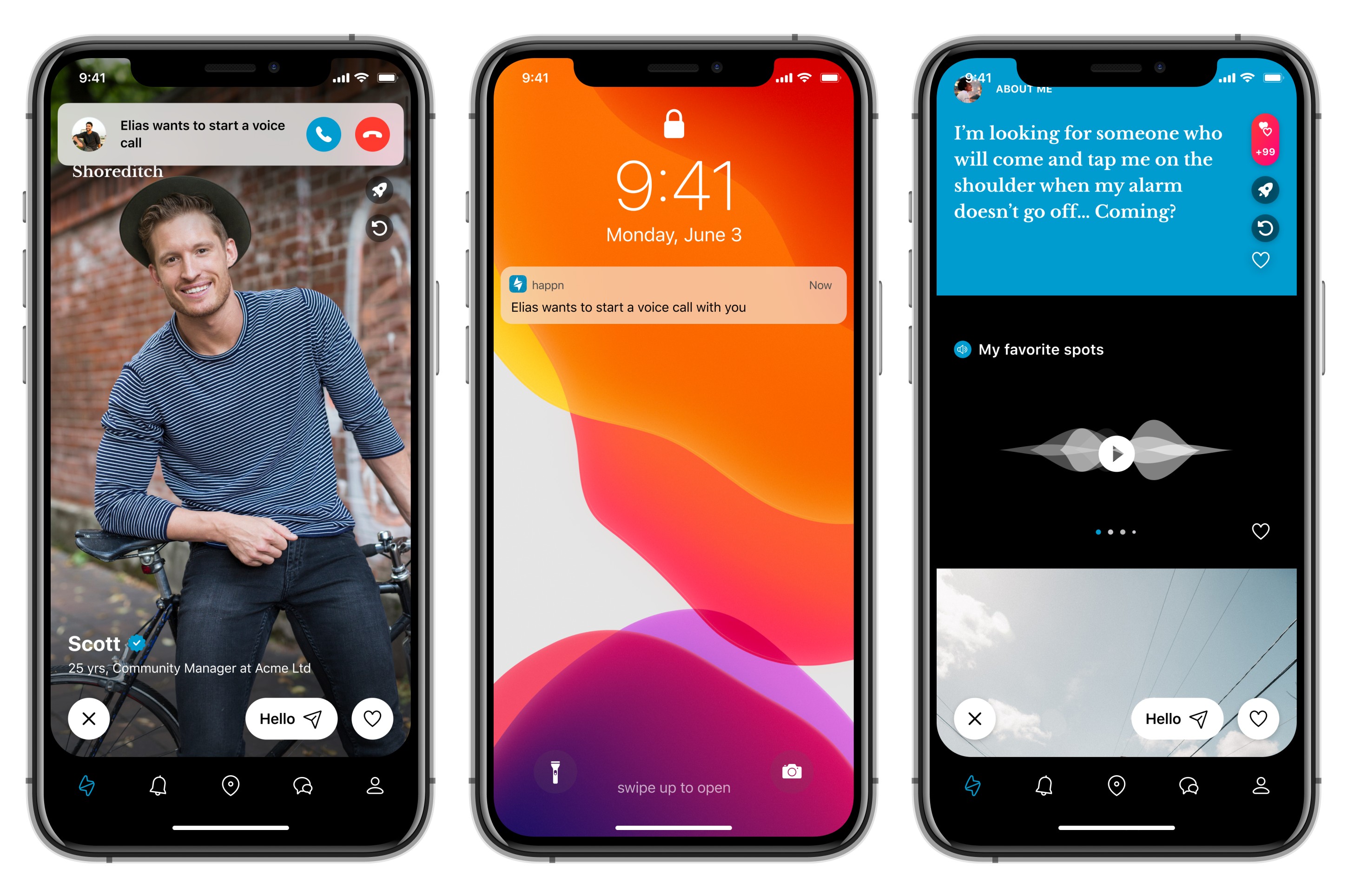 happn has launched its suite of audio features across the world, giving users a new way to connect and get to know their matches.

The updates were first released in France and Argentina in September, before being added to the rest of its global markets. A total of three new experiences have been introduced.

‘Audio Note’ allows users to add voice clips to their profiles to show off their personality in more depth, while ‘Audio Call’ supports in-app phone conversations between matches. Finally, ‘Audio Feed’ is a dedicated feed of audio clips for users to listen to before seeing the rest of the connected profiles.

Ipek Kucuk, happn’s relationship Expert, said in a statement: “There are so many qualities singles want in a prospective partner, and the way someone sounds is ranking high on that list. It’s clear that what is being said is vital, but the HOW seems to be a new essential factor.

“We want connections made online to be as true to life as possible, and hearing the way your crush sounds will achieve this.”

A global campaign has also just been launched to raise awareness about breast cancer. A variety of pink profile cards with a variety of surprising messages have been added to the rotation.

One reads “Show Me Your Boobs” and explains that the phrase is not the best pick up line for a dating app but could help to save someone’s life. happn is encouraging users to regularly check their breasts for lumps and abnormalities.

Similar messages will also be shown to male-identifying users to get them to check in with their mothers, sisters and friends.