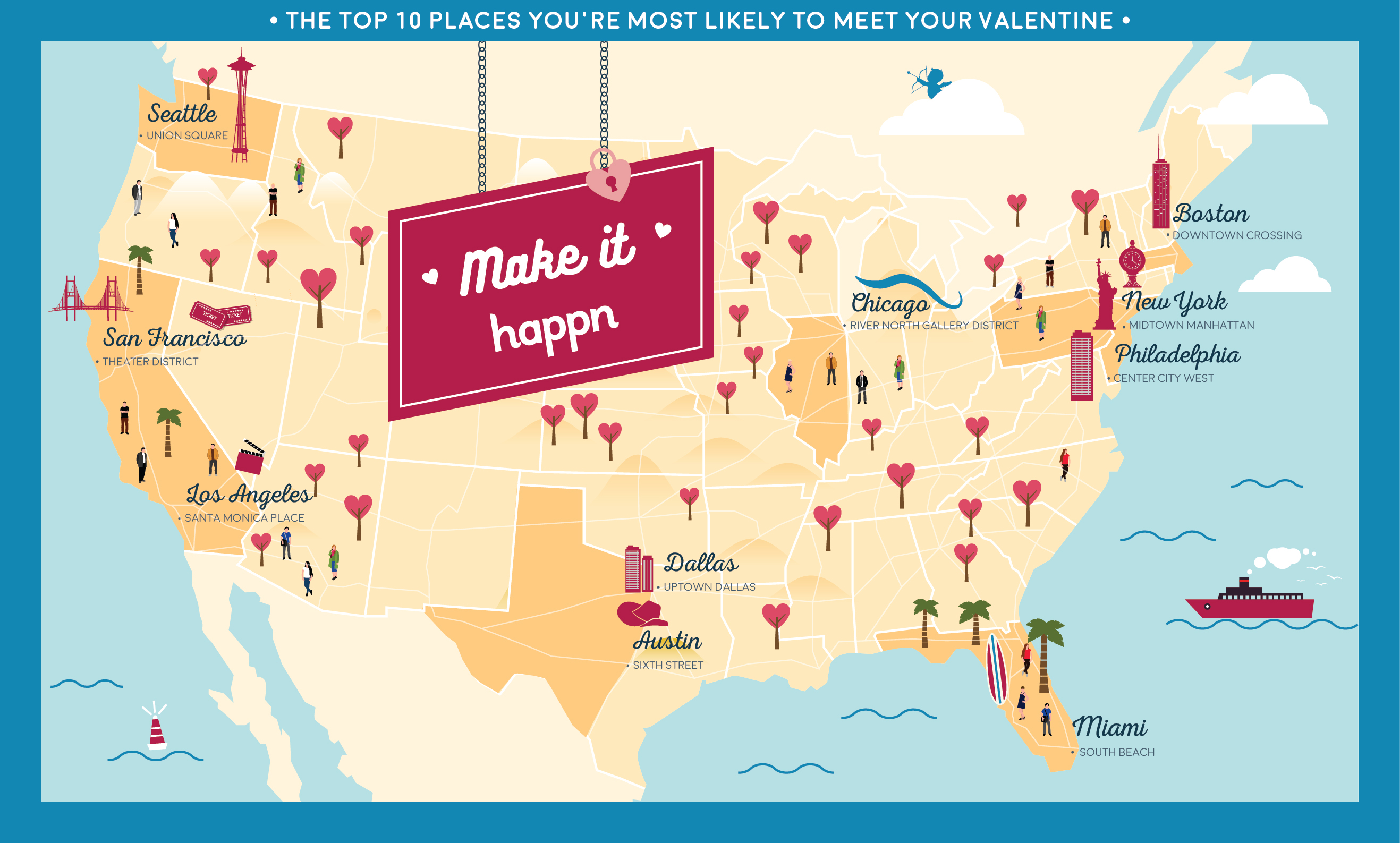 Dating app Happn has just released a list identifying the top 10 places to find a Valentine in the United States.

The French dating app – which connects users with other singles they have crossed paths with – created the list by looking at its data, and finding out the locations in the US where Happn sees the most connections made.

The hyperlocal singles app launched back in 2014, and has since seen a rapid growth of its user base, with more than 12m downloads worldwide.

This new feature allows users to send one minute long personal audio clips to their connections in the app.

Speaking about the milestone, and the new feature, the CEO and co-founder of Happn, Didier Rappaport, said: “We’re incredibly grateful to the millions of dedicated Happn members around the world who have helped us reach this point.

“To kick off the New Year and celebrate this milestone, we’re giving our users a new feature to build more meaningful relationships within the app by using voice.”

The app — which has scooped over $22m in funding — is now live in cities such as Paris, London, Berlin, Madrid, Buenos Aires, SÃ£o Paulo, Hong Kong, Milan and New York City.

The French company plans further expansion in 2016 into the US, Europe, Asia and South America, having launched in Canada last December.

See the full list of the top 10 places to find a Valentine below:

Find out more about Happn here.