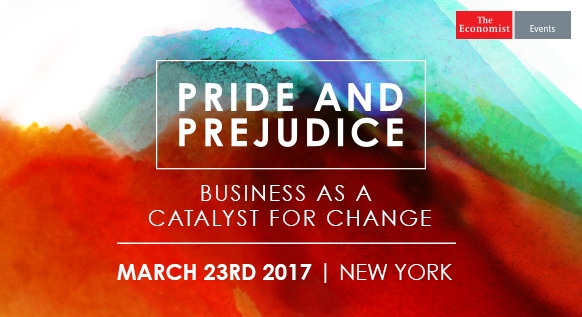 HER founder Robyn Exton will speak at The Economist’s second annual LGBTQ diversity and inclusion event this month.

Pride and Prejudice is a 24-hour event running in three cities, Hong Kong, London and New York, that aims to focus on the economic and business costs of LGBTQ discrimination and the “profitable opportunities” of overcoming it.

Exton will speak in London on a session titled “Seismic generational shifts: Millennials as catalysts of change” alongside AXA CEO Thomas Buberl, after the morning keynote address from the Prime Minister of Luxembourg, Xavier Bettel.

The London summit will be held at 155 Bishopsgate, and the March event will link conversations between the three locations with live video sessions.

The founder of HER will be joined at the Economist event by speakers including the chief executive of AirAsia, Tony Fernandes, Founders Fund partner Cyan Banister and GAP chief executive Art Peck.

The Economist editor-in-chief, Zanny Minton Beddoes, said: “The inaugural summit in 2016 made a powerful business case for LGBT inclusion and diversity.

“This year, we aim to expand on that theme by exploring how companies can be catalysts for change—and why we need them to be.”