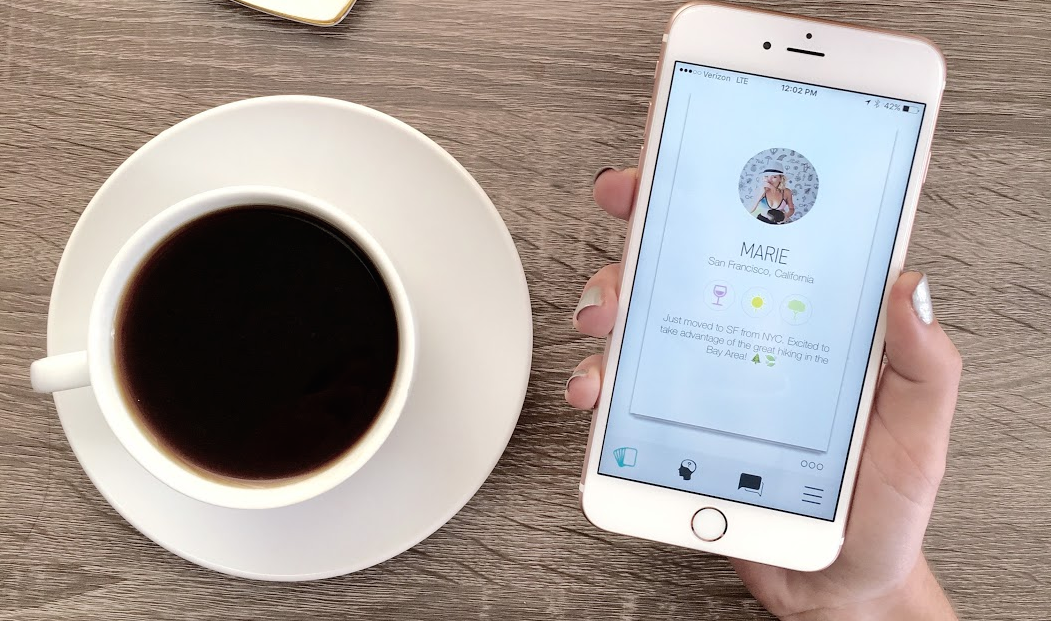 Over the past few years it is undeniable that in many parts of the world, online dating has lost some, if not all, of the decades-old stigma it once had.

But in 2016, this stigma still exists for the structurally very similar, and arguably less personal, world of making friends.

While there have been services like Meetup, Yep!, Wiith & Person.com, it’s fair to say there hasn’t been a Tinder or Snapchat equivalent specifically designed to help people find new friends.

Despite this, recently there have been some hints and assertions that dating apps are being used to find friends, and last month one of online dating’s most popular new entrants, female-focused startup Bumble, decided to add a new feature to its platform called BFF, which lets existing members search for same-sex friends in the same way they would for love – something Bumble said its users were crying out for.

And one new technology startup is looking to make strides in this platonic space by taking inspiration from the modern mechanics of dating apps like Tinder & Bumble, to create a platform where women can form “any and all types of friend connections”.

Earlier this year, VINA launched its mobile app Hey! VINA, a platform that lets women swipe through the profiles of other members, connecting to create purely platonic relationships.

The new app adopts a number of features often seen on modern dating apps, including a matching algorithm that pairs users up based on shared interests, mutual friends and location. It collects this information by way of an introductory quiz, which essentially allows the app to build a basic profile about each individual’s lifestyle and personality.

When asked about how much influence dating apps had on Hey! VINA, co-founder and CEO Olivia Poole told GDI: “One thing I discovered while using online dating platforms was that computers can algorithmically understand compatibility, but it’s hard to understand chemistry with math – that can be better achieved with an in-person meeting.

“The chemistry part is less essential when it comes to friendships, so tech is actually more ideal for making friends.”

The idea behind the app comes from founders Olivia Poole and Jen Aprahamian, who created VINA with a focus on developing a portfolio of products designed to compliment the social lives of modern women.

The pair’s focus on building female-only platforms is primarily driven by their careers in tech – a typically male-dominated industry – which they said restricted their chances of meeting new female friends. Speaking about her experience, full-stack developer Aprahamian said: “I travelled solo for work frequently and it was a very isolating experience. Instead of going to cocktail hours where I didn’t feel comfortable, I’d spend evenings in my hotel room ordering room service.


“I would’ve loved to have some girlfriends to get dinner with, but I felt too awkward to approach other women and say: “So, can we be friends and hang out?”, and I know I’m not alone.” ­

Prior to the birth of Hey! VINA, the former General Assembly colleagues launched LadyBrag.com, an online platform that allows women to share and celebrate their accomplishments.

Inspired by research that found women are significantly less likely to talk about their achievements,  LadyBrag lets users send a description of any achievement that they are proud of, which is then uploaded onto the site for others to see. Asked why she thought the platonic friend-finding space has not taken off in the same way online dating has, and why there is no standout & ubiquitous app in the market, Poole said: “Two reasons. One, if both genders are on the platform, it will become a dating platform. Nobody’s to blame aside from human nature and biology.

“Two, the majority of tech is designed, created and funded by men, so the women-oriented aspect that’s essential in understanding how women make friends tends to be ignored.”

In the early years of online dating, the idea of using internet platforms as a way to find love was highly stigmatised, taking a number of years for many members of the industry’s biggest early brands to be entirely comfortable admitting they used them.

We asked Poole whether she thought this stigma existed for friend-finding apps, and whether being female-focused might help alleviate any worries for potential users, she said: “I don’t think so! But then again, I’m the wrong person to ask if there’s a stigma with meeting friends online – I’ve been doing it since Friendster in 2002.

“I also don’t think Hey Vina being women-only affects stigma, but it definitely makes it a lot safer. At the end of the day, de-stigmatising something that isn’t well received is simply a branding challenge.” The app is currently live in San Francisco, New York and Los Angeles on iOS, and although the company told GDI they aren’t announcing numbers because they become inaccurate so quickly, its founders said the app saw over 100,000 signups in the first two weeks.

As Poole says, perhaps the way for platonic friend-finding services to thrive is by initially segregating the sexes, therefore helping to stop them being perceived of as dating apps, and letting members connect in a safe space without ambiguity.

Interestingly, this is also how Bumble opted to run its BFF service – only letting users match with potential new friends from the same sex – but instead using the feature as an add-on to its main dating focus, something competitors may well copy in the future.

With both companies entering the market with a strong base & brand, it’ll be fascinating to watch how these services perform and adapt over the coming months, and whether the millions that have flocked to dating apps over the past few years are ready for the next step – entering the friendzone.