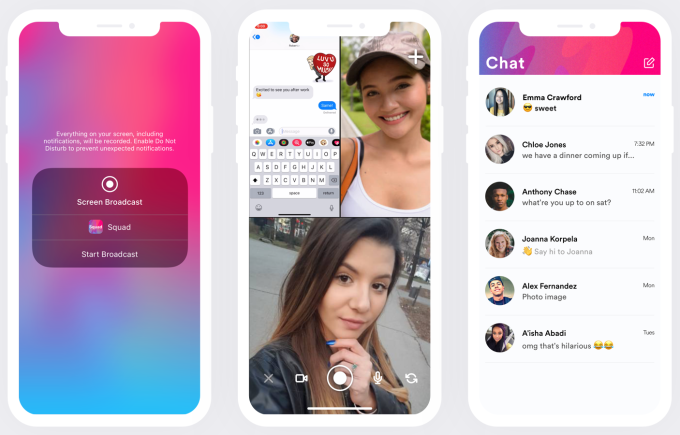 Squad, a new app which combines video chat and screensharing functionalities, is being closely watched by top social media executives according to TechCrunch.

The app enables two-way to six-way video chats, with the option for users to share their phone screen rather than their face at any time.

This can allow groups of friends to collaborate on writing private messages, easily share memes, and comment on dating app profiles together.

CEO Esther Crawford says: “People under 24 do video chat way different than people 25 and above,” adding that her 13-year-old daughter provided some of the inspiration for the platform.

It may soon be possible for popular content creators, such as video game streamers or social media influencers, to create virtual hangouts on the app and show their followers their phone screens. This offers a new level of intimacy for online stars, and is a promising avenue for monetisation.

Crawford is hopeful that the authenticity of live video will make her service less performative, vis-a-vis traditional social media sites. She said: “Everyone knows that the content flooding our feeds is a filtered version of reality. The real and interesting stuff goes down in DMs because people are more authentic when they’re 1:1 or in small group conversations.”

The app has investment from Y Combinator, Gary Vaynerchuk, betaworks and others. It is live on iOS and beta testing on Android.

News of Squad’s launch comes as Facebook is attempting to capture teens with meme-focused platform ‘LOL’.