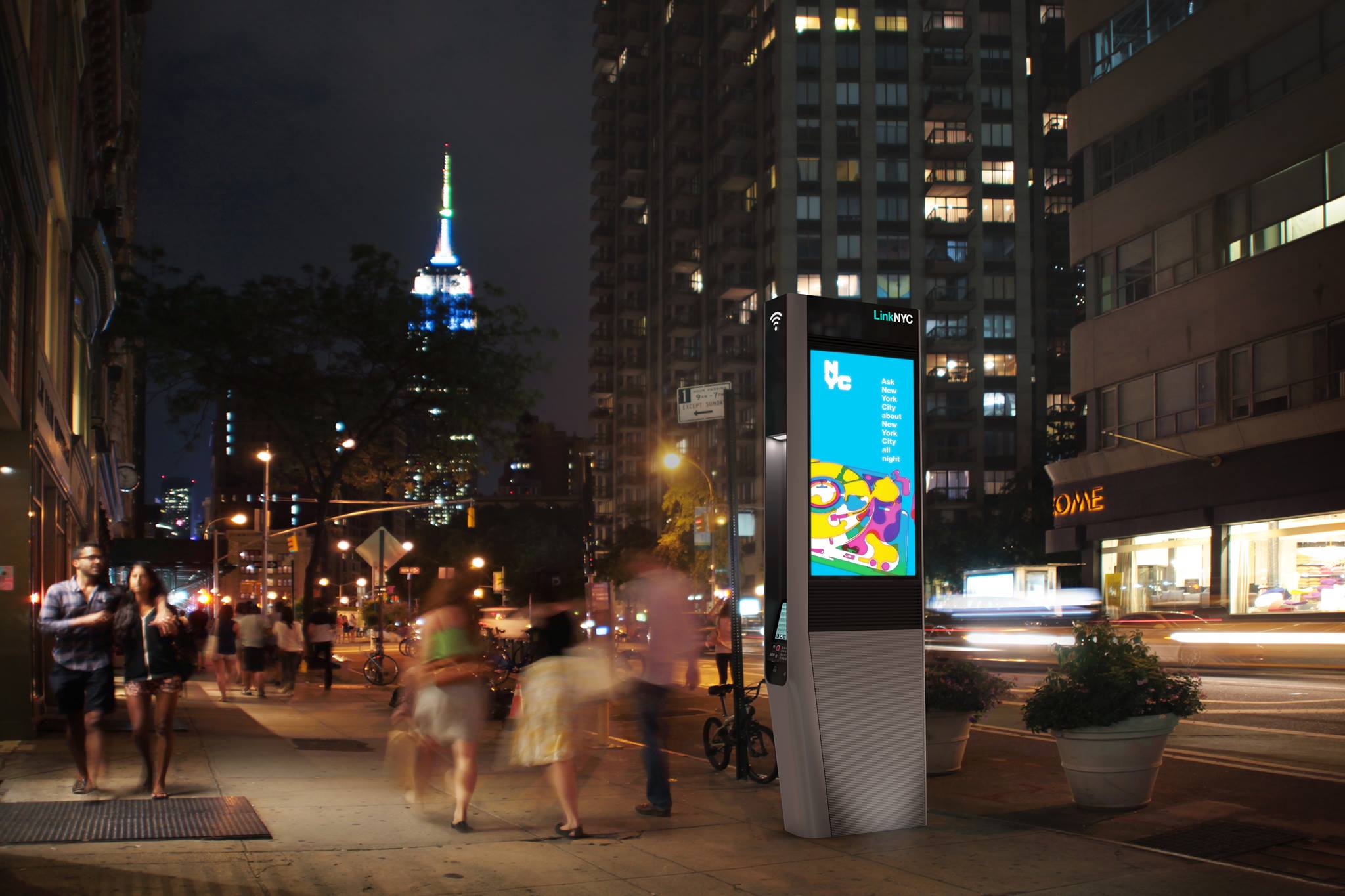 Starting today, New Yorkers will be able to access high speed public wifi in hotspots around the city.

This is courtesy of LinkNYC, who are this week trialling four public wifi hubs on Third Avenue.

And according to tech sites who have tested the hotspots, users can expect incredibly fast internet speeds of up to 300Mbps.

Gizmodo tested the speed of the internet in comparison to nearby free public wifi, and the LinkNYC hotspots easily outshone them all, registering speeds that were ten times faster than New York’s existing public internet. To use the wifi, all you have to provide is an email address, and you can access all of the hubs with a single login.

In addition to free wifi, the hotspots have USB inputs for charging, the ability to call 911, video call capabilities and maps of the city.

The hubs are replacing pay phones in New York, and LinkNYC expects to have over 500 hubs installed by June, with over 7,500 across the five boroughs in total.

The four hotspots are on Third Avenue, between 15th and 19th Streets.

Find out more about LinkNYC here.