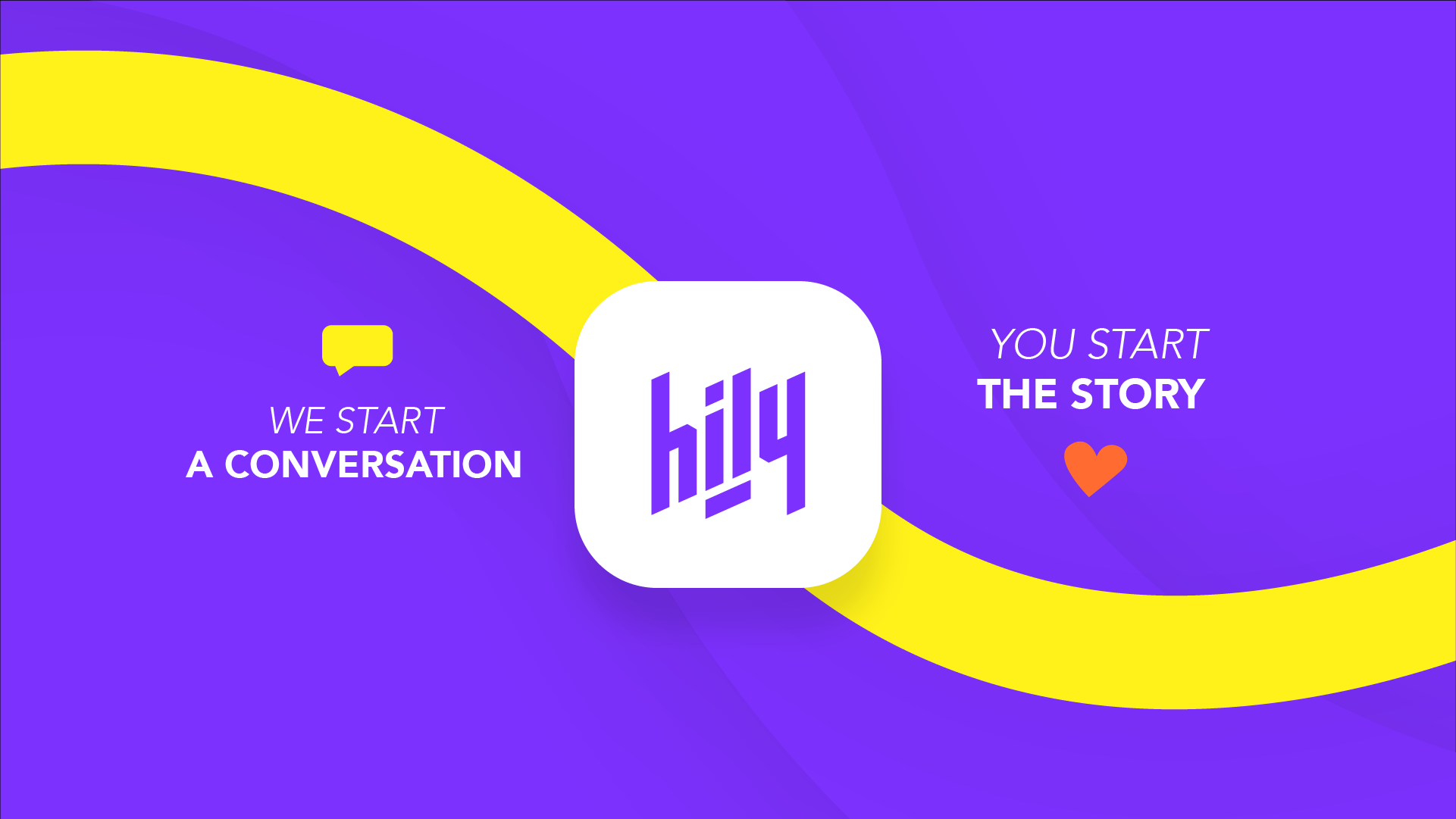 HILY has announced that it is dropping its image as a ‘smart dating app’ and will now brand itself as a platform that helps singles easily start conversations.

The app’s new tagline is “We start a conversation, you start the story”, which is representative of the full journey that couples go on long after their first connection on the app.

The team started to work on the update after a survey of 1,000 users found that most users initially join the platform to start a conversation, whether they’re looking for a serious or casual relationship.

Founder Alex Pasykov explained in a statement: “We’ve found one thing that’s universal for almost every user…most of the singles are looking to have a conversation with someone on the app, no matter what type of relationship they want.

“That’s when it hit us: the best thing we can do is to help our users start conversations. Actually, we’ve been doing it all along, now we want to put even more energy and time into this.”

HILY is planning to introduce at least two new features before the end of the season to help further its mission. This includes automatically blurring out inappropriate messages, as well as unsolicited sexual images.

To accompany this new direction, the brand is also rolling out a marketing campaign with three short comedic videos.

The aim of the videos is to show how easy it is to start a conversation on HILY, by having three singles make a match while in high-pressure situations. This includes being tied to a tree or riding a bike really fast.

Helen Virt, HILY’s Head of Business Development, added: “From now on, we want to focus on the features that help people communicate better. After all, every relationship starts with a conversation.”