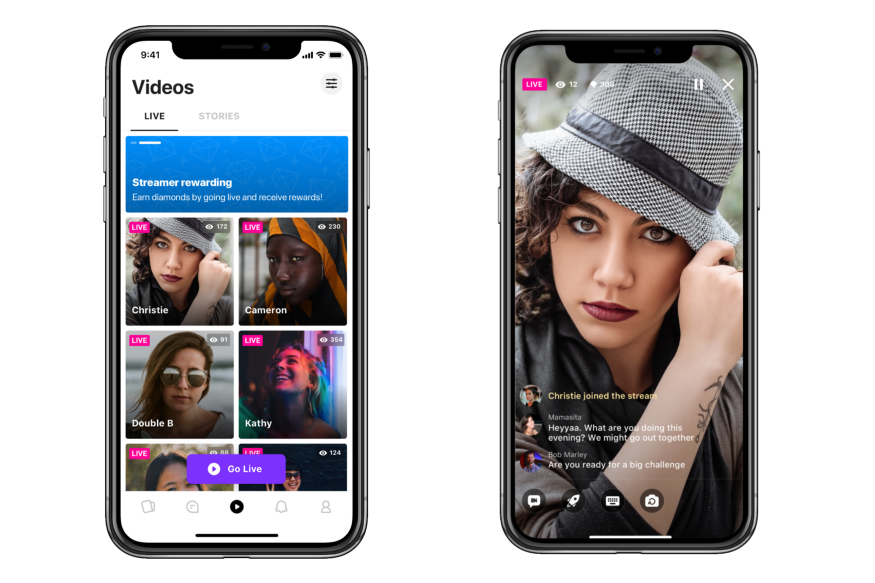 Hily has just completed the roll out of its new livestreaming mode, which is now available for every user around the world.

‘Hily Live Streams’ is an extension of the video call feature it introduced in May, as the industry quickly reacted to the sudden need for virtual dating facilities.

Users can now broadcast to many viewers at the same time, which allows them to show off their unique personality to a large number of potential matches. Streamers can talk about their passions, showcase talents, or simply have a conversation and answer questions from the chat.

There is a zero-tolerance policy for streams that contain minors, weapons, violence, nudity, harassment or hate, although it’s unclear exactly how they’ll be moderated.

It also includes a ‘Live Talks’ feature that allows people to join the stream for 90 seconds in a virtual speed dating format. If both participants ‘like’ each other they make a match at the end of the call and can continue their conversation in private.

A Hily spokesperson said in a statement: “Live Streams are a tool that can take your dating life to a new level, even in such difficult times.

“We believe that meaningful conversations and human connections are the key to happiness. And we also know how hard it may be to start one in real life. Luckily, on Hily, it’s really easy. As easy as swiping right or starting a live stream.”

Taimi, Hily’s sister app, first released a live streaming feature earlier this year. At the beginning of November this was expanded with ‘Live Duet’, a similar speed dating mode.