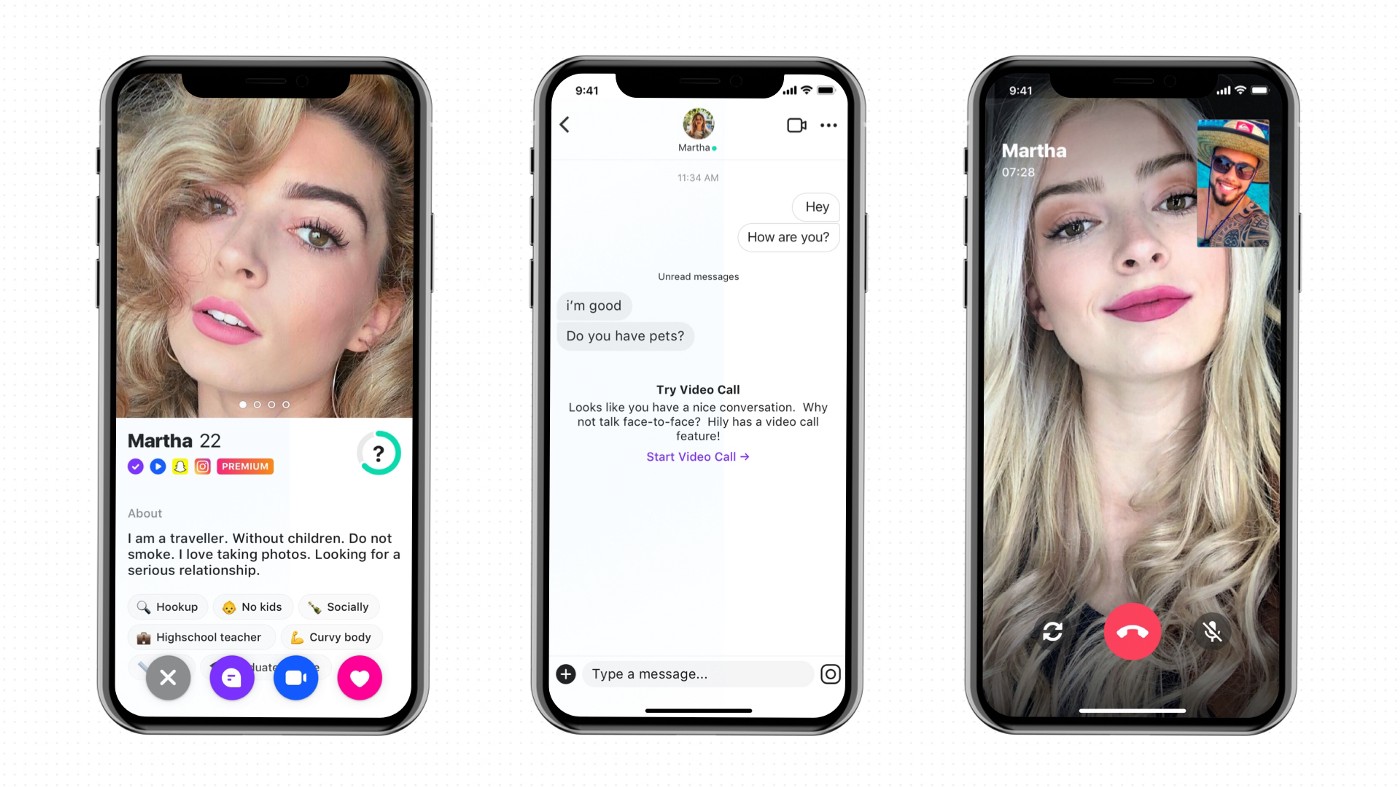 Hily has become the latest dating app to introduce a video calling feature. It is hoped that by eliminating the need for a third-party platform, users can experiment with virtual dates in a safer way.

At the end of April, Hily conducted poll with 1,500 of its members and learned that 52% of them would want to try virtual dating. A further 17% had already tried and wanted to do it again.

Jack Vygnan, co-founder of Hily, said in a statement: “Although the quarantine restrictions are being gradually lifted, social distancing might last till the end of the next year.

“In times when face-to-face communication might be dangerous, we want to bring our users closer virtually. Video calls can make conversations more personal and honest, help capture moods and nonverbal cues.”

Video calling is available to alll users around the world, but only when they’ve made a match. They can also opt out by disabling the feature in their settings tab.

Hily operates another video feature called Stories, which allows members to provide updates from their day, similar to other social media apps.

Accoriding to company data, Stories are now getting twice as many views since the US implemented lockdown measures.