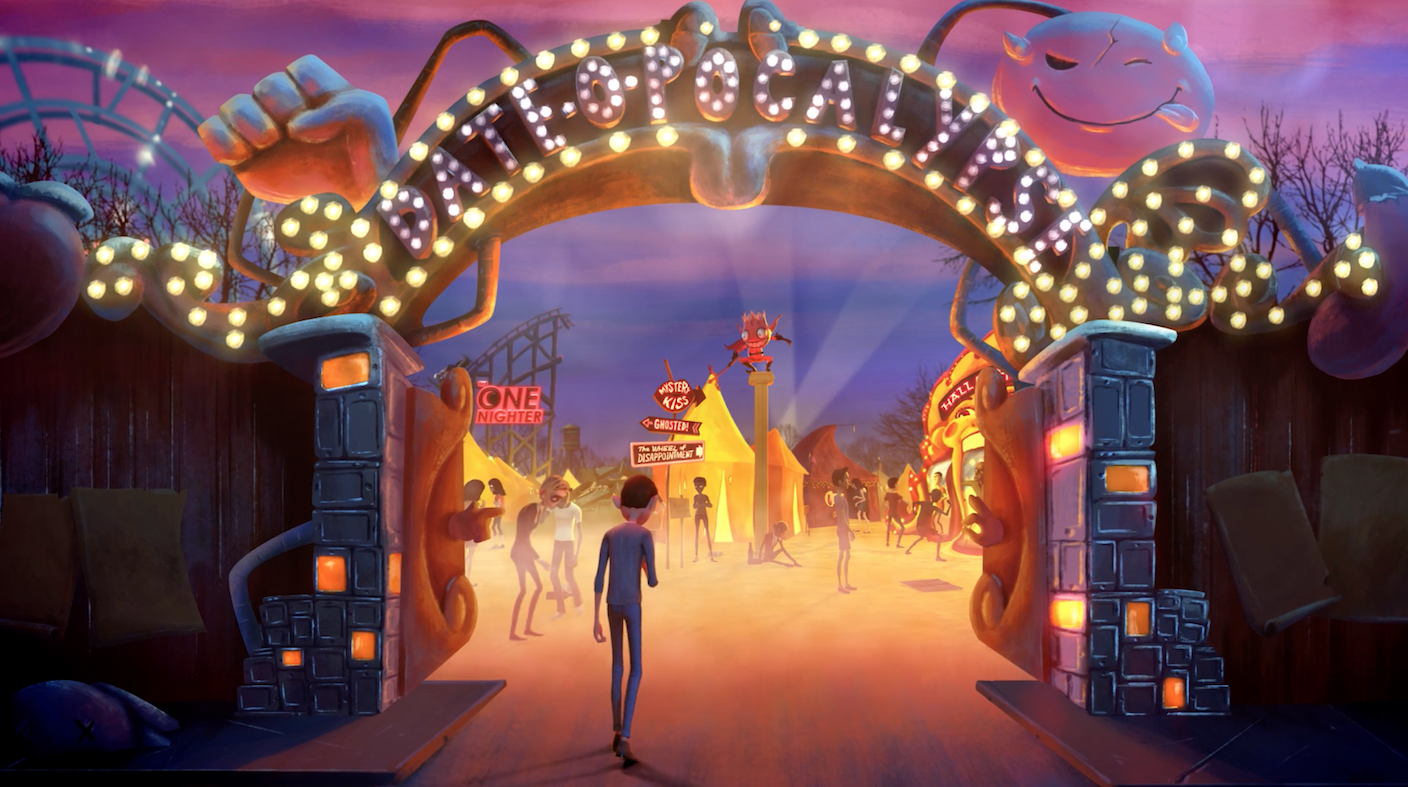 And with the launch, Hinge released a brand new animated campaign that aims to distinguish the mobile product from its main competitors.

Created by the STUDIO, the video brings the “Dating Apocalypse” to life, creating a parallel universe in which Hinge is the only place people can find meaningful connections.

The campaign shows a sombre-looking protagonist who enters a depressing carnival scene, full of games & rides with names like Cycle of Loneliness, Catch a Catfish and Hall of Filters.

The park is full of zombie-esque people, and unable to communicate properly with them, he swipes left or right across their faces.

However, the protagonist’s luck changes when he comes across a door emblazoned with Hinge’s new logo.

On opening the door he is greeted with a blinding light, and steps out into a happier, brighter world.

In this new world, the man learns how to communicate again, after one women stops him swiping at her face, instead taking his hand and walking him along a heart-shaped path.

The clever campaign was created by 18 freelancers and artists at the STUDIO, a New York-based digital production company.

Mary Nittolo, founder and CCO of the STUDIO said: “It was extraordinary to have a project where we had the opportunity to create parallel universes – the dysphoric world of compulsive and unfulfilled relationships and the idealized place where real connection happens.

“After we were locked on the animation, the Hinge team suggested adding the references to iconic film romances.

“They were a brilliant touch – they added a delightful, fairytale feel to the Hinge world. The Hinge team were amazing clients. At one of the reviews, Katie Hunt, Hinge’s CBO, was actually moved to tears.”

STUDIO also created social media content such as GIFs and videos, a promotional trailer, a press kit and a gift box that offers a full map of the Dating Apocalypse carnival and a ticket to “Escape the Games and Find Something Real.”

To find out more about Hinge’s relaunch, please click here.