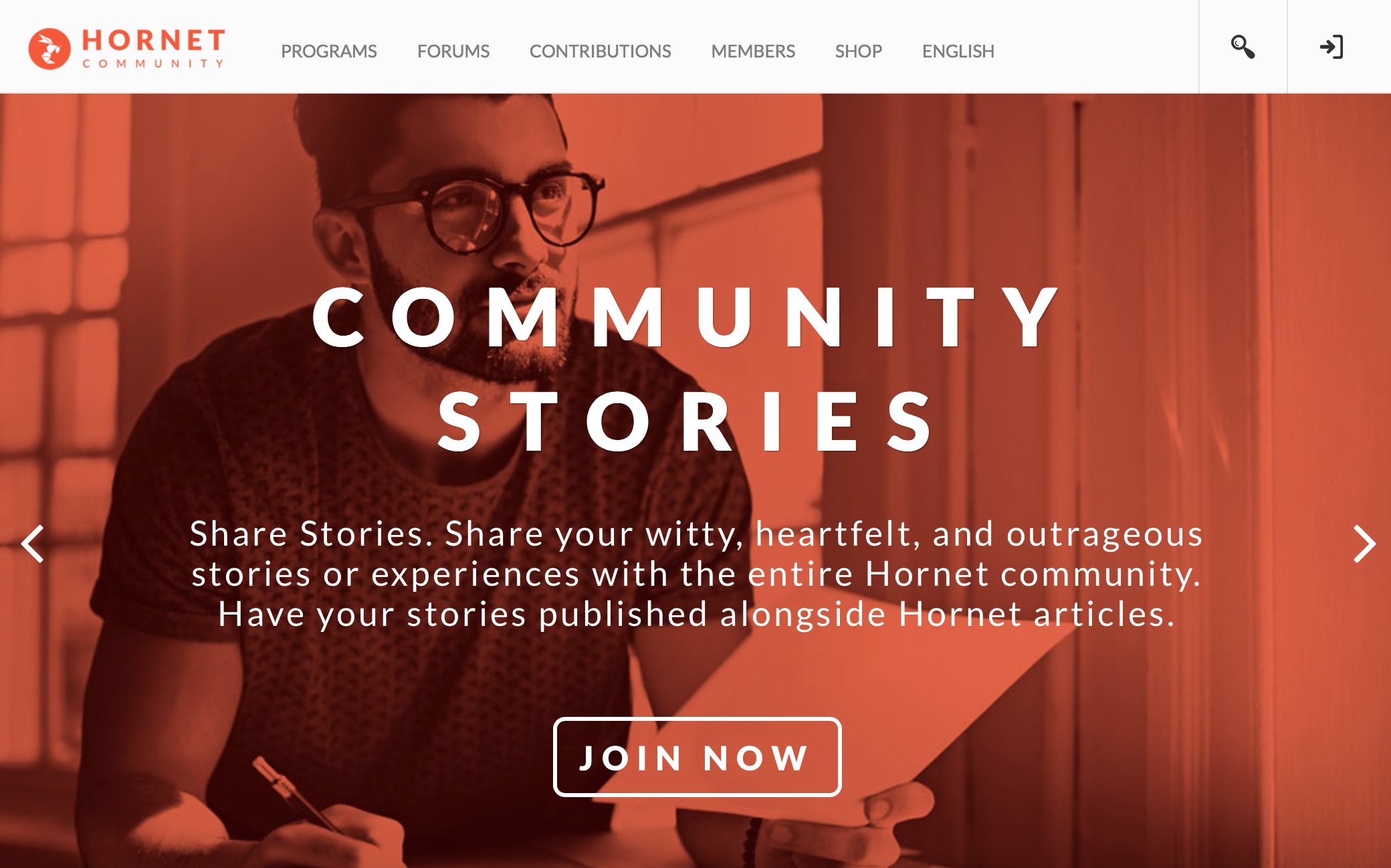 Hornet is calling on users to become engaged with the development of the platform with the launch of a new community feature.

The new release of Community allows users to become “community contributors” for Hornet with a variety of different roles.

These roles include becoming an ambassador for a city, curating and translating content, moderating the app’s ecosystem, writing and sharing stories or beta testing new features.

The city ambassador program allows users to give tips and “gay-focused information” about their respective cities.

Community stories, on the other hand, allows writers to draft their own contributions for the editorial section of Hornet.

Elsewhere, users can also beta test and give their feedback on new features built by Hornet, as well as monitor and report fake or abusive profiles to the Hornet team as a moderator. Sean Howell, Hornet’s co-founder and president said: “Hornet has always had super-users and groups of people who share the same passion in wanting to make an impact on the platforms they’re using.

”We’re now introducing a formal platform within Hornet that enables discussion and a gamification system to reward top contributors in the community.

“We created Hornet for the gay community, and its ever-evolving platform is built on contributions by our users.”

Hornet said more program opportunities and features will become available in the near future.

Users who want to get involved can find out more here.