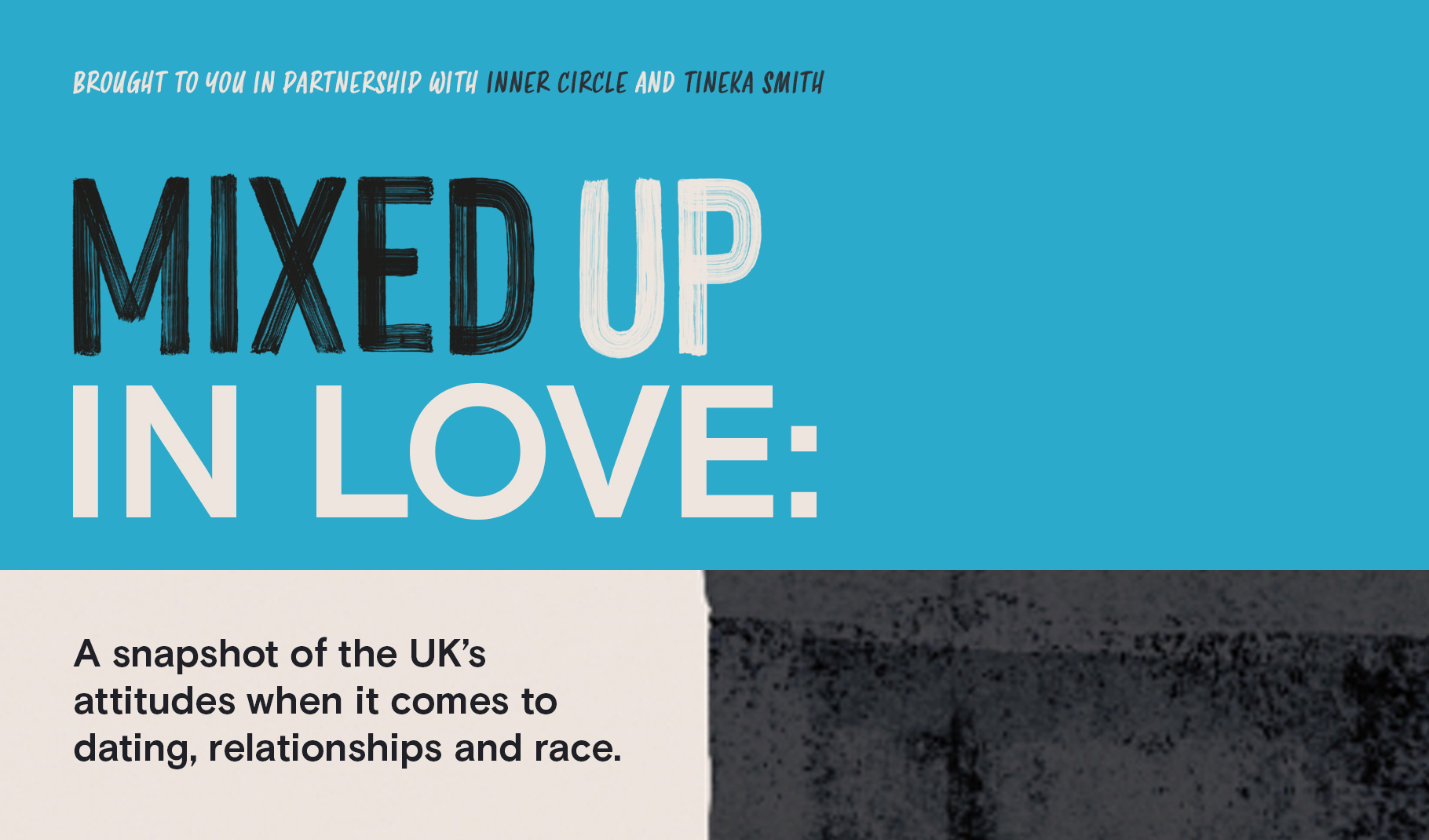 Inner Circle has published the ‘Mixed Up in Love’ report today, which takes a look at the way people in the UK approach and perceive interracial relationships.

To create the report, the dating app teamed up with Tineka Smith and Alex Court, the authors of ‘MIXED UP: Confessions of an Interracial Couple’. This book honestly presents what it’s like to be in a mixed-race romantic relationship in current times, specifically during the Black Lives Matter movement.

The report was based on an online survey of over 1,000 adults in the UK, with each ethnicity receiving significant representation.

One of the biggest takeaways from the ‘Mixed Up in Love’ report is that half of respondents said they would worry about receiving backlash from their friends and family if they date someone from a different ethnic background. Furthermore, one-third said they have been in interracial relationships and experienced “racial microaggressions”.

Tineka Smith explained in a statement: “Even today, it’s shocking to see how much interracial couples still fear backlash in their own families, friendships and communities and how this translates to their lived experience.  Which is why Inner Circle’s Mixed Up in Love report and the wider discussion around this issue are so important.

“There aren’t many resources or data on the topic and Inner Circle is shining a light on the realities of dating someone from a different background. The data shouldn’t be shocking because unfortunately it’s a reality for many interracial couples.”

While dating apps have often been credited with contributing to a positive change in attitudes toward mixed-race couples, the report found 44% of respondents feel self-conscious about their ethnic background when dating online.

57% said they’ve experienced discrimination or stereotyping on a date, and 37% have been victims of racial fetishisation.