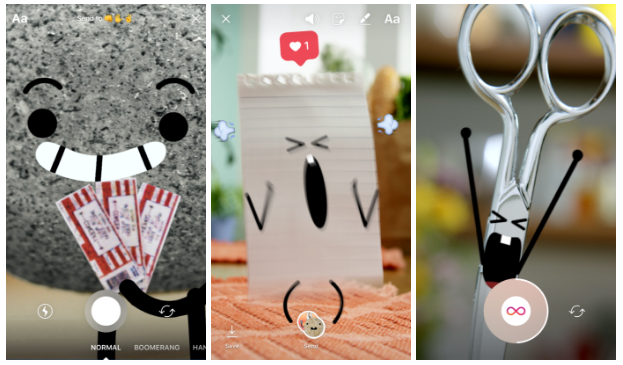 Photo-sharing platform Instagram has integrated its disappearing photos and videos feature into the Direct messages section of the app, enabling users to switch between messaging and photo-sharing more seamlessly.

It was announced in November last year that Instagram had introduced a Snapchat-style disappearing photos and videos feature, which would enable users to send ephemeral photos and videos to individual friends, groups or all of their followers.

Instagram originally showed these updates in a bar above people’s messages in Direct (the app’s messaging section), but with its latest update the photo-sharing app is integrating ephemeral messages into conversation threads.


Now, when people send disappearing photos or videos to individuals or groups, they will appear within chat threads.


To take a photo or video, users can swipe left to enter into the Direct section of the app and click on the new blue coloured camera icon shown at the bottom of the screen.

They will then be prompted to choose who they want to send it to and can check who has seen the message within a conversation thread.

If someone sends a photograph or video to another user, their profile picture will be circled blue on the Direct messaging screen.

Each photo or video can be replayed once.

It is also worth noting that disappearing photos and videos that are sent to all followers will still appear at the top of the Instagram home screen.

Since its last update, Instagram reports that the number of people using the Direct feature has grown from 300m to 375m.

The new Direct is now available for iOS and Android users with version 10.16 of Instagram.