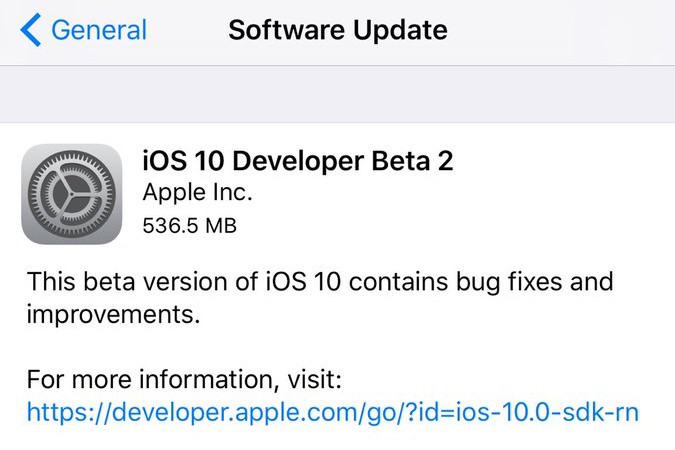 And developers who downloaded the first iOS 10 beta when it was released after the WWDC conference, can now update the operating system’s beta.

To do this, they simply visit the Software Update section in the Settings menu.

It gives developers a number of bug fixes and UI tweaks, as well as new options for home and lock screens for widgets, a new notification system and updates to iMessage, amongst others.

The update is currently available exclusively to developers, however it is expected to become available to the general public later this year.

One of iOS 10’s most exciting updates is app developers will now be able to design apps that are compatible with Siri.