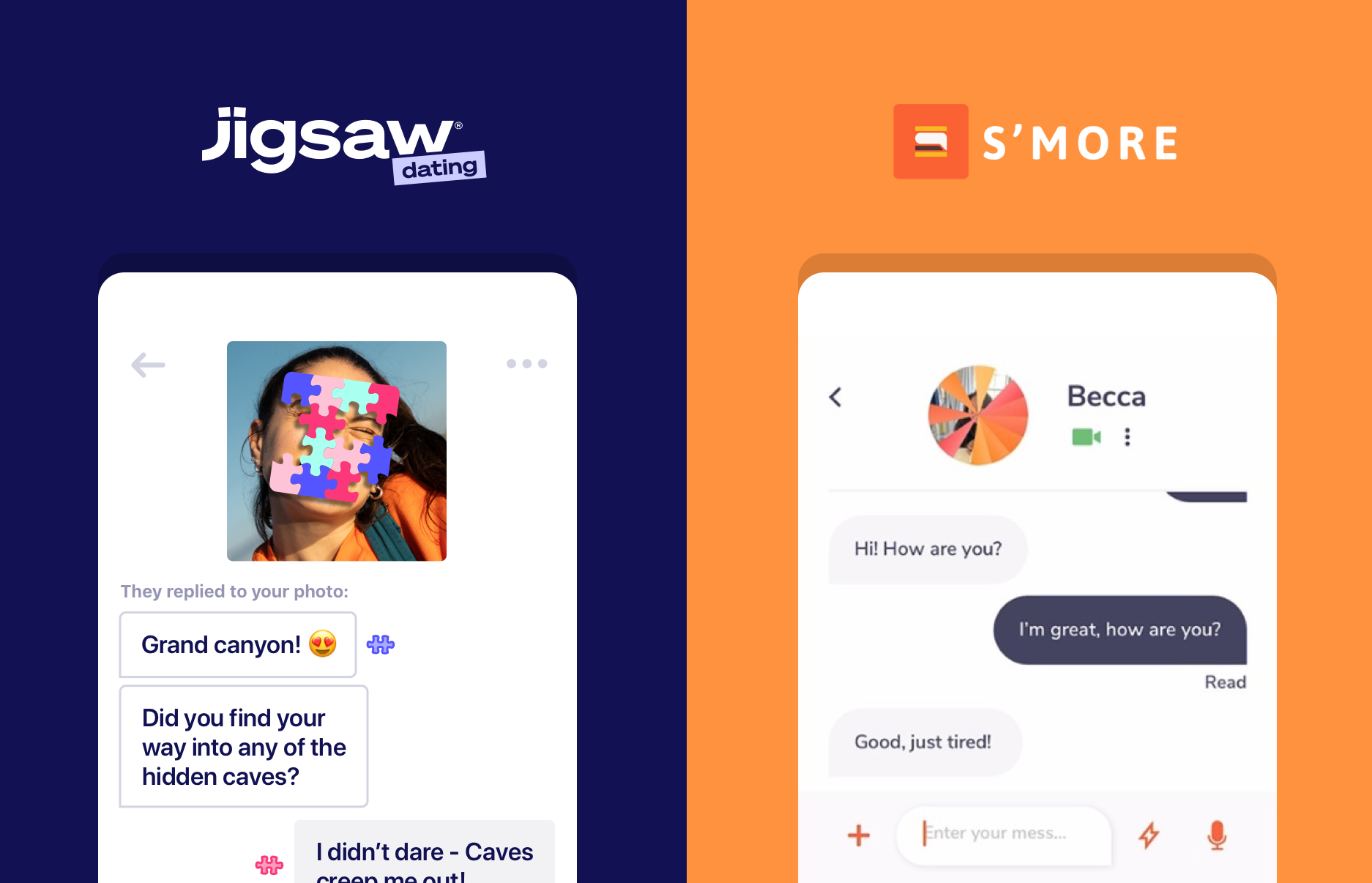 Dating app Jigsaw has filed a lawsuit against competitor S’More for patent infringement. The lawsuit revolves around the feature where a user’s photo is revealed as they communicate with others.

Jigsaw was an early pioneer in creating less superficial dating apps, where quality conversation is key. Its feature, where users’ profile pictures are slowly revealed with the removal of puzzle-shaped pieces as conversations continue, is the centre of this lawsuit.

The image above demonstrates how S’More has infringed this patented feature on its own platform, Jigsaw explained.

Jigsaw Dating Limited has patented its technology, and alleges that S’More infringes US Patent No. 11,483,276, titled “Revealing Information Based on User Interaction”.

“We’re now seeing a big rise in personality-first dating apps as it’s clear today’s singles are sick of swiping and being judged on looks. It’s about time we saw this positive change in dating app culture – and it’s flattering to see so many followers –  but we’ll fiercely protect our intellectual property”, said Alex Durrant, Jigsaw’s CEO.

You can find the full details of the lawsuit at this link: https://jigsaw.co/lawsuit1.pdf