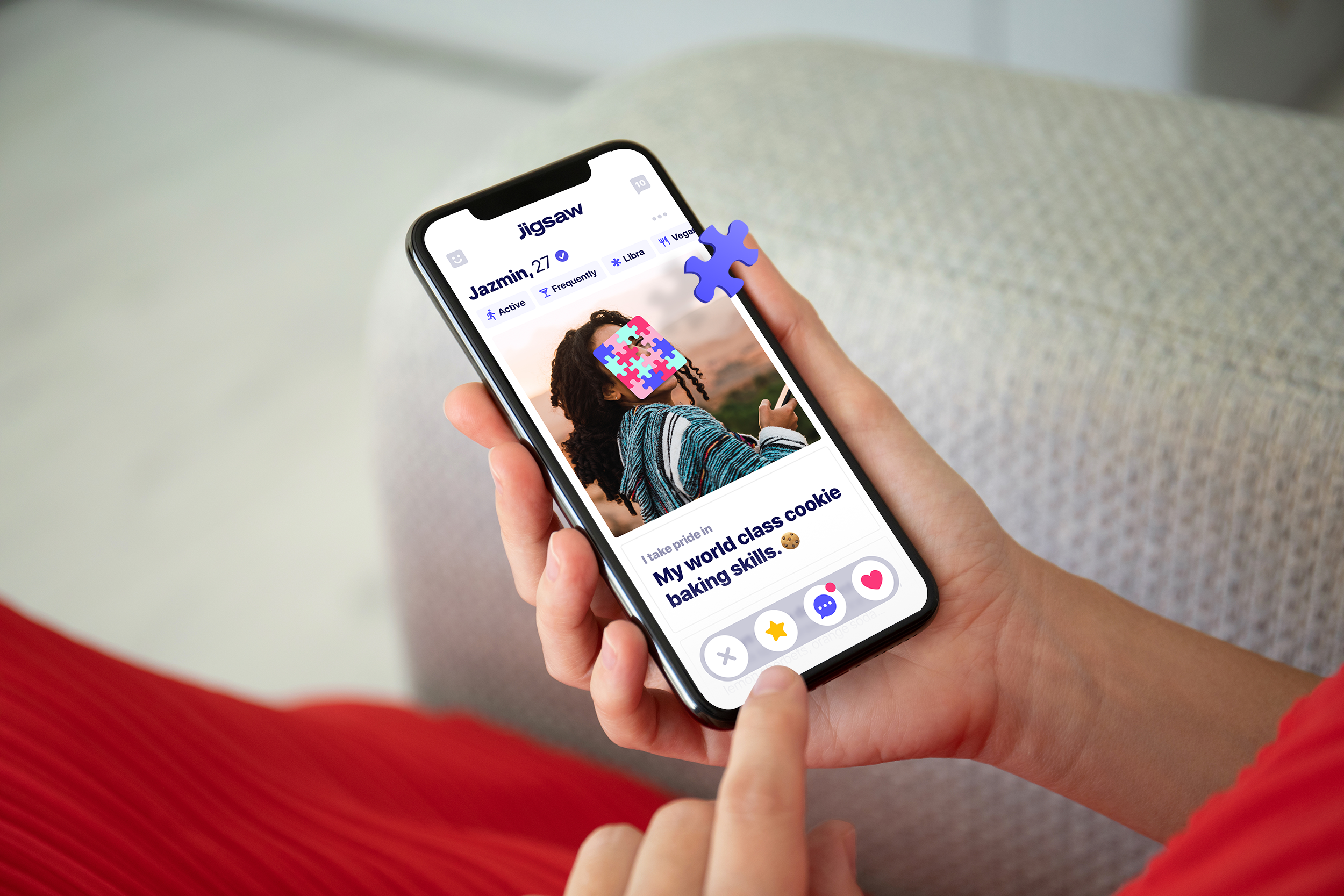 Jigsaw, the UK-based anti-superficial dating app, has raised approximately $3.7 million in its latest seed funding round.

The platform adds a small jigsaw pattern over users’ faces and only reveals one piece at a time as conversations passes certain milestones. It used to be called ‘JigTalk’, but underwent a small rebrand towards the end of 2020.

This round was led ‘The Relationship Corp.’, a company that provides major dating players with traffic generations services, as well as acquiring and investing in smaller platforms. CEO Steve Happas now sits on Jigsaw’s advisory board.

Jigsaw is working on expanding into the US after completing a soft launch in New York last November.

Co-founder and CEO Alex Durrant has confirmed that a lot of the new funding will be put towards cross-Atlantic growth, with a view to increase from 50,000 to 500,000 US users in the next six months.

He explained to TechCrunch: “We’re not insane and think people look better with puzzles over their faces, I promise, the puzzle is our middle finger to the superficial dating industry.

“It exists as you say to encourage more meaningful/sustained interactions and to help users look beyond the looks.”

Despite all pictures starting with a very obtrusive filter, Jigsaw has banned members from adding their own filters, especially ones from Snapchat and Instagram. This is because the anti-superficial nature of the app requires users to be honest and focus on connections that are more than skin deep.