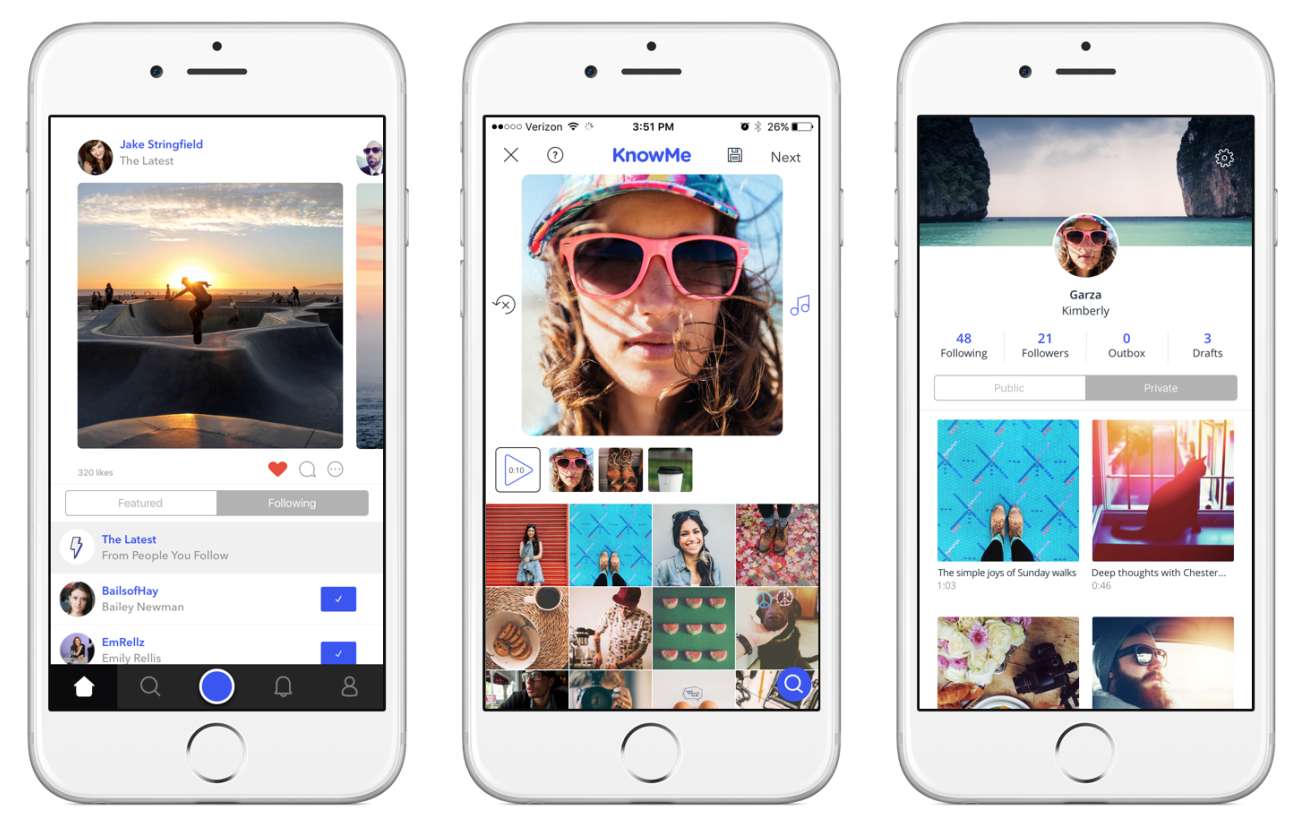 A recently launched content creation startup is giving individuals the chance to create and share their own short films, using video and audio footage from their mobiles.

The app, which was created by the director of HBO’s critically acclaimed mini-series The Jinx, Andrew Jarecki, lets users edit together their own images and videos to help them tell a story with their digital memories.

Designed to give people a simplified alternative to existing video editing software, users can create their own narrativised clips in real time, on an easy-to-use app interface.

They can even import audio recordings from their phones, but if they do not have audio of their own, KnowMe offers pre-recorded tracks that can be added to their videos.

Once a film (dubbed a “KnowMe”) is completed, users can choose to save it privately or publicly, and are also given the option to share it via text, email, or on social media platforms.

And in a similar way to Instagram, KnowMe includes a discovery feature, which allows users to share their videos with other people using the app.

KnowMe founder & CEO #AndrewJarecki on how KnowMe got its start. 📽📹📺📲 [[See the rest on the app, link in bio.]]

In an effort to let users control just how creative they want to be, there are no restrictions on the length of the clips, however according to TechCrunch, the average finished product will be around 40 seconds long.

And once downloaded, users will be prompted to complete an “interactive tutorial” with the app’s ambassador, Catfish star Nev Schulman.

The technology being used by KnowMe is certainly a new development in the way that individuals can use applications to build their digital personas, and is potentially something that could be applied to the world of online dating, with regards to profile-building.

Funding for the app came from Jarecki himself, alongside a number of outside investors, which include American director J.J. Abrams and comedian Trevor Noah.

And after a year of beta testing, it officially launched back in January.

KnowMe is available to download from the iOS App Store.