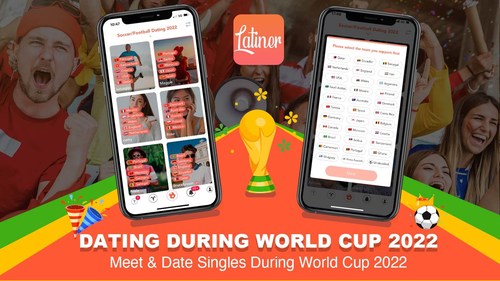 To capture the excitement of the Qatar World Cup, dating app Latiner is launching a new feature to bring football fans together.

Latiner, a dating app for single Latino men and women, launched a feature where users can select up to 5 teams they’re supporting at the World Cup. The app will then display other users who support the same teams.

“We hope our new feature can boost dating or hookup success for our users. With this feature, our users can find and chat with people who support the same team. We believe they can break the ice easier”, said Ayeisemi Emilia, CEO of Latiner.

The feature was inspired by the experience of Emilia’s friend, who met her husband while celebrating a goal at a bar during the World Cup in 2018. The Latiner team discovered that dating app usage increases during World Cup periods.

“Users can chat online during the game or watch the game together and be excited at the same time”, Emilia explained.

“It’s a great opportunity to spark romance. Imagine that you and I watch the World Cup together, the favourite team scores a goal and we hug and even kiss each other”, she added.