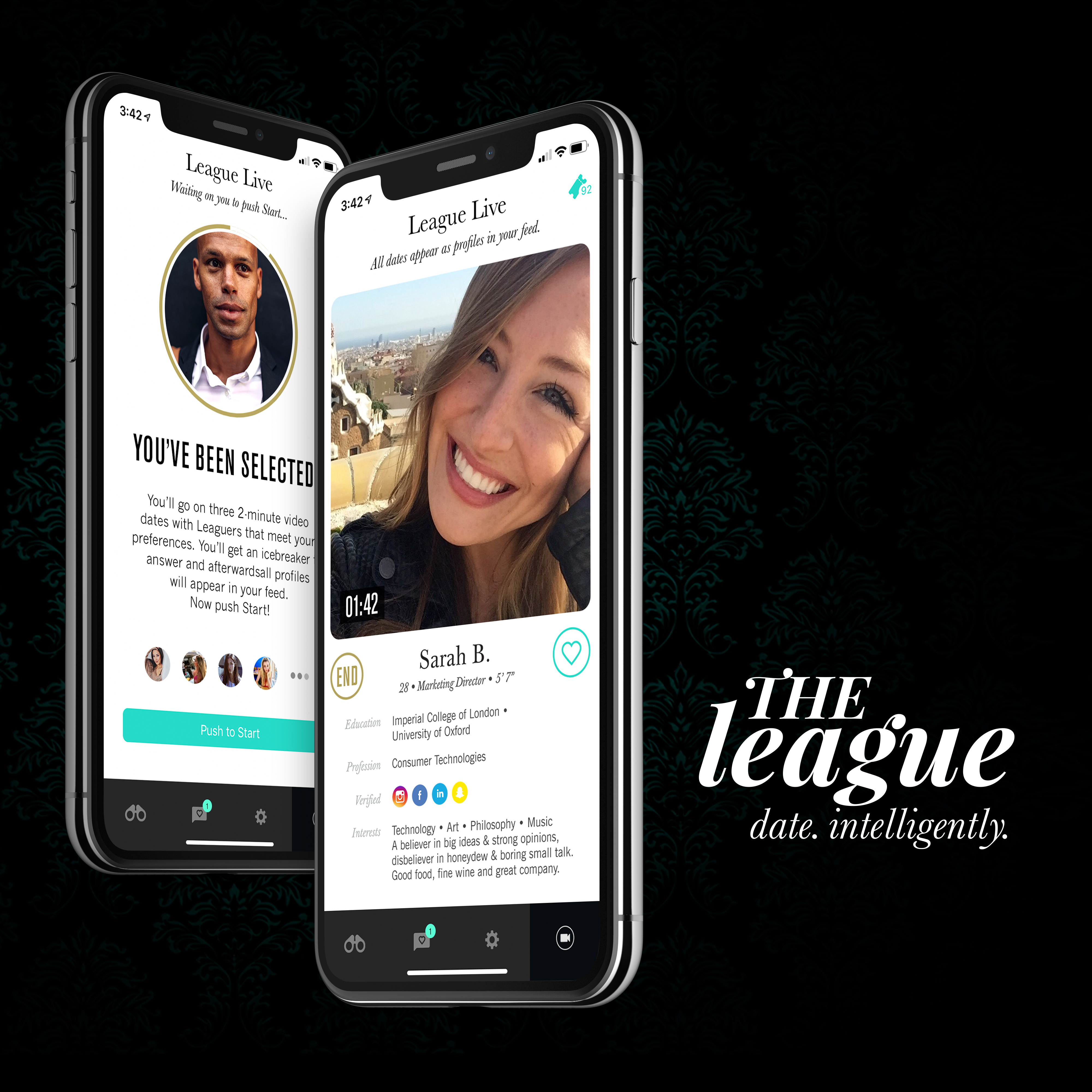 San Francisco-based dating app The League announced last week that it has released its video speed-dating feature to London users.

The feature, named League Live, is an optional add-on which allows daters to have three two-minute video chats with potential matches.

It was first announced in December last year and has already been successfully introduced to other cities around the world.

Founder and chief executive of The League, Amanda Bradford, said in a statement: “The idea of a first date as we know it is seeing its final days. We appreciate our members’ time is extremely valuable and that is why League Live is dedicated to finding matches that fit their requirements.

“I believe we have a real opportunity to unseat Bumble and Hinge with our cutting-edge speed-dating approach.”

Video chats take place at 9pm on Sundays and, to help break the ice, the app suggests questions users might ask their dates. If daters ‘Heart’ one another during the conversation then a match is made.

The League was founded in 2015 in the US and first became available to Londoners in 2017. Currently, the capital is the only UK city where the app is available but the company plans to go live across others in the coming weeks.

According to data from The League, London professionals tend to be particularly hard-working. 60% of them are in highly-skilled jobs and work on average three more weeks each year than the rest of the UK. However, this productivity may cost them a social life – 44% of Londoners say they are single.