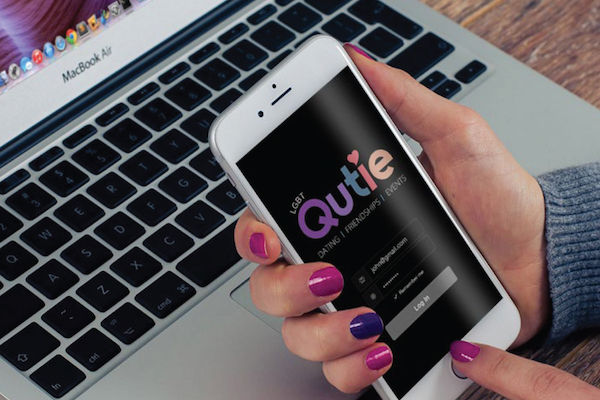 Written by Danielle White
3rd May 2016 LGBTQutie.com has just launched a pair of mobile apps, in an effort to meet the demands of an increasingly mobile online dating market.

This month, the dating company – which aims to create meaningful connections for the LGBTQ community – has launched its iOS and Android mobile apps, replacing its web-based interface that has been running for two years.

Upon joining the app, each user is required to create a profile and have the option of filling out the app’s tailored Relationship Readiness Quiz and LGBTQuestionnaire, allowing the platform to learn more about the preferences of each user, and therefore match them accordingly.

To celebrate the launch, LGBTQutie is offering new users the opportunity to upgrade to a one-month “Rainbow Membership”, which enables them to try out the platform’s new features.

Individuals using the app’s premium service have access to a number of additional features, such as the option to view other members anonymously in “ghost mode”, as well as seeing who liked their profile and having access to advanced search features.

Other new features exclusive to the app include a “video teaser” function, which allows users to send 10-second video messages to each other, and a swiping system known as the “Qutie FastTrack”. Speaking about its app launch, LGBTQutie co-founder Rachel Kimelman said: “The new mobile app builds on the success of our website, while also adding some cool new features.

“We are more than another dating app, we’re a community. Our goal is to facilitate meaningful connections, whether that means romance or a strong friendship.

“Our app is multi-faceted allowing users to decide what works best for them. In addition to being an inclusive dating and social networking platform, the app also features LGBT relevant events, news and blogs. We believe the mobile app will take things to the next level.”

And as a result of its latest updates, and its switch from desktop to mobile, Kimelman and fellow co-founder Jordan Weiss expect to see a steady growth in the number of people signed up to the service.

LGBTQutie’s website will now exist as a landing page for its apps, and will continue to host the company’s Qutie Blog posts.

The app is now available to download for free on the Google Play and Apple App Store.