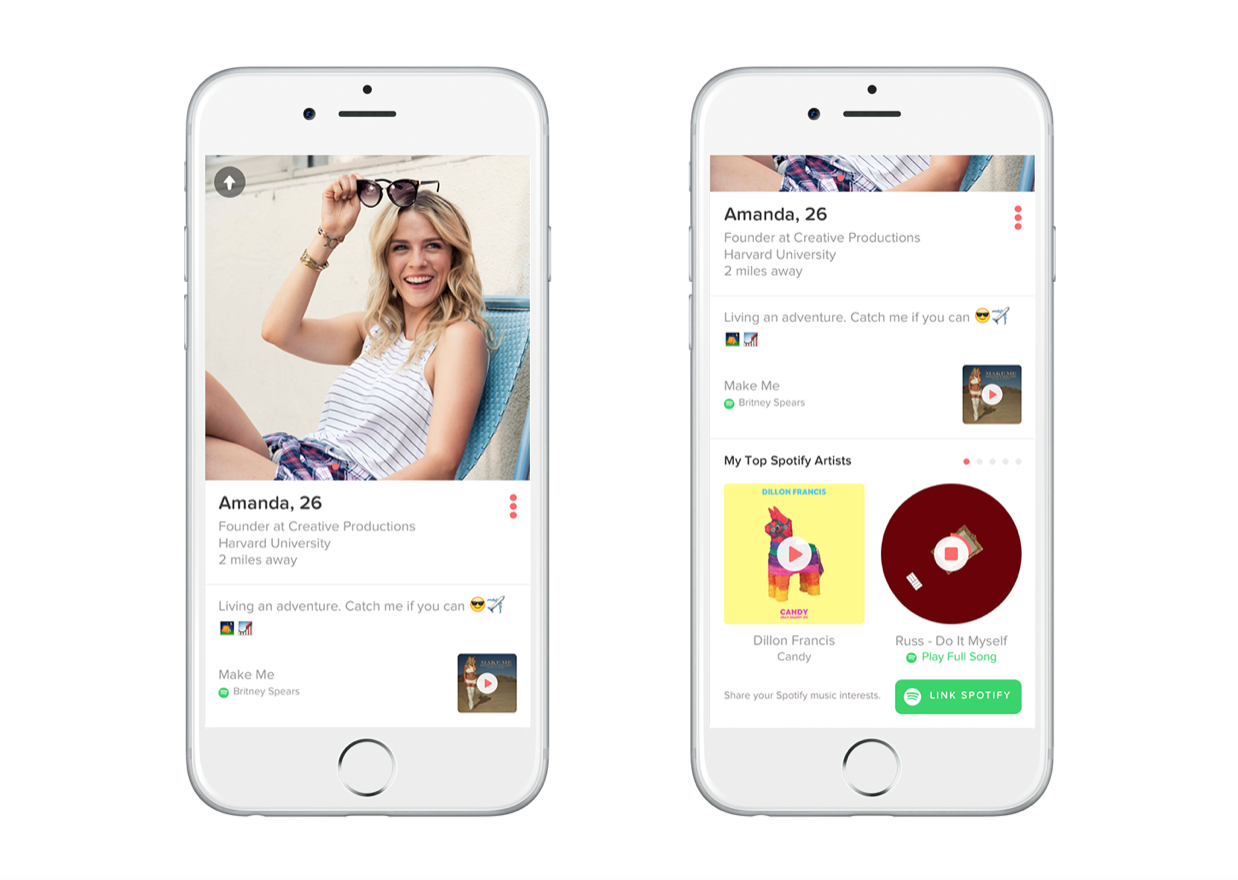 Linking your Spotify account to your Tinder profile can increase your chances of getting a date by a huge 84%.

In September 2016, Tinder teamed up with Spotify to let singles to show their top artists, see what music they have in common with others users, as well as display their “Anthem” – the one song that sums them up.

The feature has also been integrated into Tinder’s matching system, showing singles which artists they have in common.

And according to Bustle, the feature boosts singles’ chances of a match by a whopping 84%.

Tinder isn’t the only dating platform to have teamed up with Spotify – rival dating app Happn formed their own partnership with Spotify in 2015, also letting singles hook-up their streaming account to their dating profile.

In June last year it was also announced that female-focused dating app Bumble had worked with the service to let singles opt-in to displaying their favourite artists for others to see.