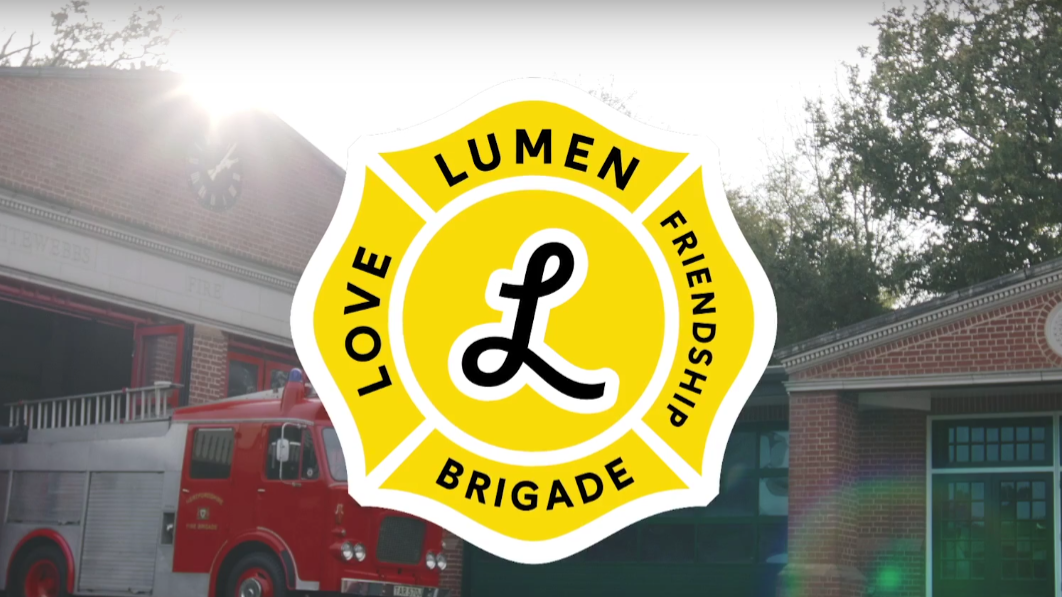 Lumen released its second UK TV campaign last week. Titled ‘Lumen Love Brigade’, the promotion features actors, all over the age of 50, dressed in firefighting uniforms and tackling some of the online dating industry’s biggest issues.

The older men and women are shown using axes and sledgehammers to break bright yellow boards with ‘Ageism’ and ‘Catfishing’ written on them.

One woman also sprays a picture of a lit match with a fire house, perhaps a subtle hint at attempting to extinguish Tinder and its flame logo. Some of Lumen’s early promotional materials included the slogan ‘Get Your Mum Off Tinder’.

Co-founder and Chief Marketing Officer Charly Lester said in a LinkedIn post: “Over a year ago I had a random idea for a Lumen TV advert.

“We made it a reality in October last year, and today it goes live on UK TV. It’s a bit tongue in cheek … we hope you like the Lumen Brigade as much as we do!

Lumen’s first television adverts were published in June and starred ‘The Silver Classix Crew’, a renowned dance troupe made up of women in their 50s and 60s. The message was ‘50 Is Just The Start’ and encouraged people to not let their age get in the way of trying new things.

The dating app has also teamed up with 90s icon Diane Youdale, better known as Jet from Gladiators. She led a 10-minute mobilisation, aerobics and conditioning workout that was uploaded to Lumen’s YouTube channel.

The collaboration was inspired by recent research that indicated 70% of over 50s want to get fitter, but approximately a third don’t know where to start.