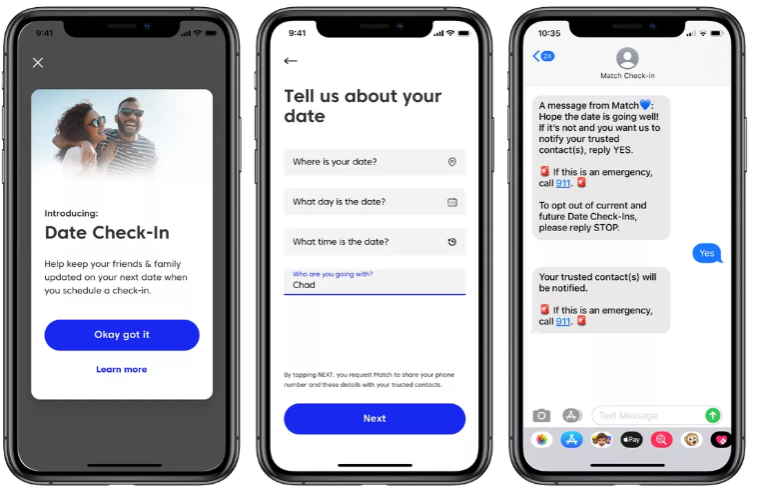 Match.com has released a new safety feature which allows daters to send SOS messages to friends if they find themselves in trouble on a date.

The new feature, called Date Check In, lets users designate three emergency contacts who will be sent the date’s name, and the time and location of the meeting.

During the date, Match.com will send an automated message which asks if the app should inform a contact of a problem. If the dater responds ‘Yes’ an SOS message will be sent to their contacts.

However, the dating site stresses that people should still call 911 if they think their companion could become dangerous.

The feature is currently only available on Match.com, but if it is deemed to be successful it could be soon expanded to the rest of Match Group’s porfolio.

In January, news broke that Tinder was working with personal safety app, Noonlight, to create a Panic Button which daters could use to alert the emergency services if they thought they were in trouble.

Match Group’s stock price dropped by 12% at the beginning of February, following the release of its Q4 financial results. Investors appeared to be spooked by limited growth and the company’s impending separation from IAC.