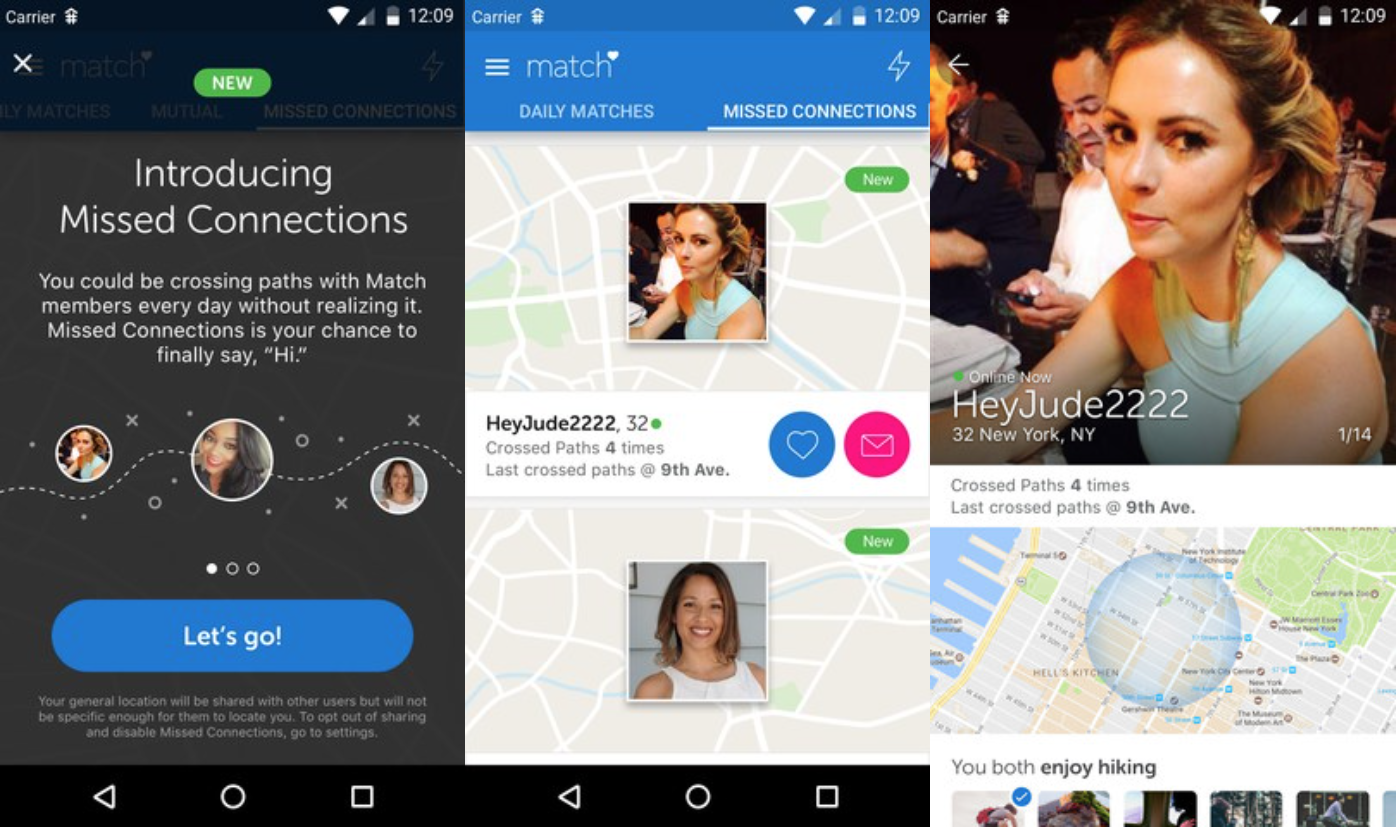 The new feature, called Missed Connections, has just been added to Match.com’s iOS and Android apps, and lets users “see other members they have crossed paths with in real life”.

It works like this – from today, users of Match.com will see a new screen on the app, introducing them to the feature and asking if they want to opt-in.

If they do, singles can then browse through the profiles of the members they recently crossed paths with, based on their matching preferences and location. Match.com will also show the location, within one block, of the last place the users crossed paths, and the number of times they passed one another.

The feature’s focus, and the use of the phrase “crossed paths” in its marketing information, bares more than a passing resemblance to French dating app Happn, whose main tagline is “find the people you’ve crossed paths with”.

Happn more than doubled its user base in 2016, from 10m to 25m, and this move sees Match.com – which is part of Tinder’s parent company Match Group – challenge the French dating app, removing the uniqueness of Happn’s USP.

Last year, Happn CEO Didier Rappaport said the company was plotting a “game-changing” product launch for Q2 of 2017, and it’ll be even more interesting to see what this entails now that Match.com has moved on Happn’s “crossed paths” turf.

The new Match.com feature is now live, available to all users on iOS and Android, who can check out the feature by logging into the app.