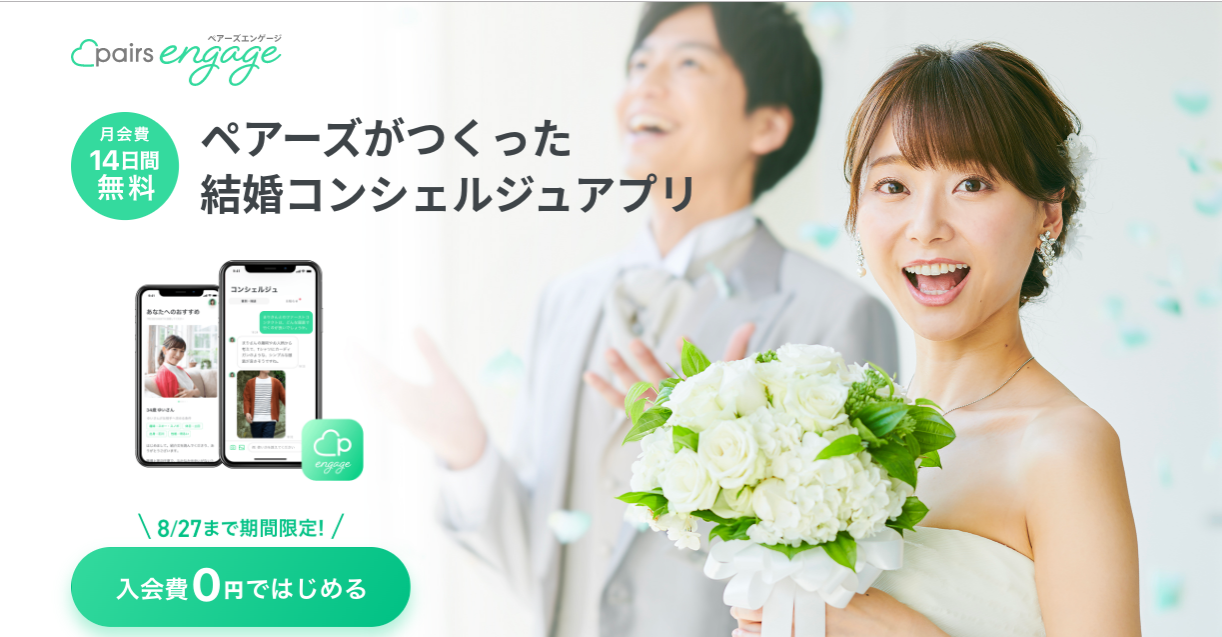 Match Group has launched a new matrimony service in Japan which will aim to get users married within 12 months.

Pairs Engage was announced in the online dating giant’s Q2 investor presentation and is set to offer a new approach to the country’s $500 million traditional arranged marriage industry.

The practice, known as “omiai” often requires physical stores and salespeople to couple up singles, making the process very costly. Pairs Engage is only for serious daters as it costs 9,800 yen ($92) per month, but is reportedly still 66% cheaper than five of the leading offline companies.

Users need to submit proof of identity, income and education in order to be verified, before they are sent 30 potential marriage partners each month. Matches lose the ability to message each other after 90 days, forcing them to advance the relationship at a fairly reasonable pace.

There is also a team of dating coaches available 24/7 to give relationship advice. Match.com introduced a similar feature in May to connect experts with singles who are need of romantic help.

Match Group CEO Mandy Ginsberg said in the Q2 conference call: “We believe we can offer a more efficient and less expensive service geared to those who are highly motivated and want to get married within a year. A move like this could disrupt more traditional matrimonial players.”

Pairs Engage has seen positive early traction in its first four Japanese cities. Ginsberg hinted that the product could also soon be expanding into India and South Korea.

Pairs’ quarterly downloads in Japan grew 33% year-on-year while Tinder’s also increased by 66%. Both of these numbers eclipse Match Group’s nearest country rivals, including former market leader Tapple which only grew 6%.