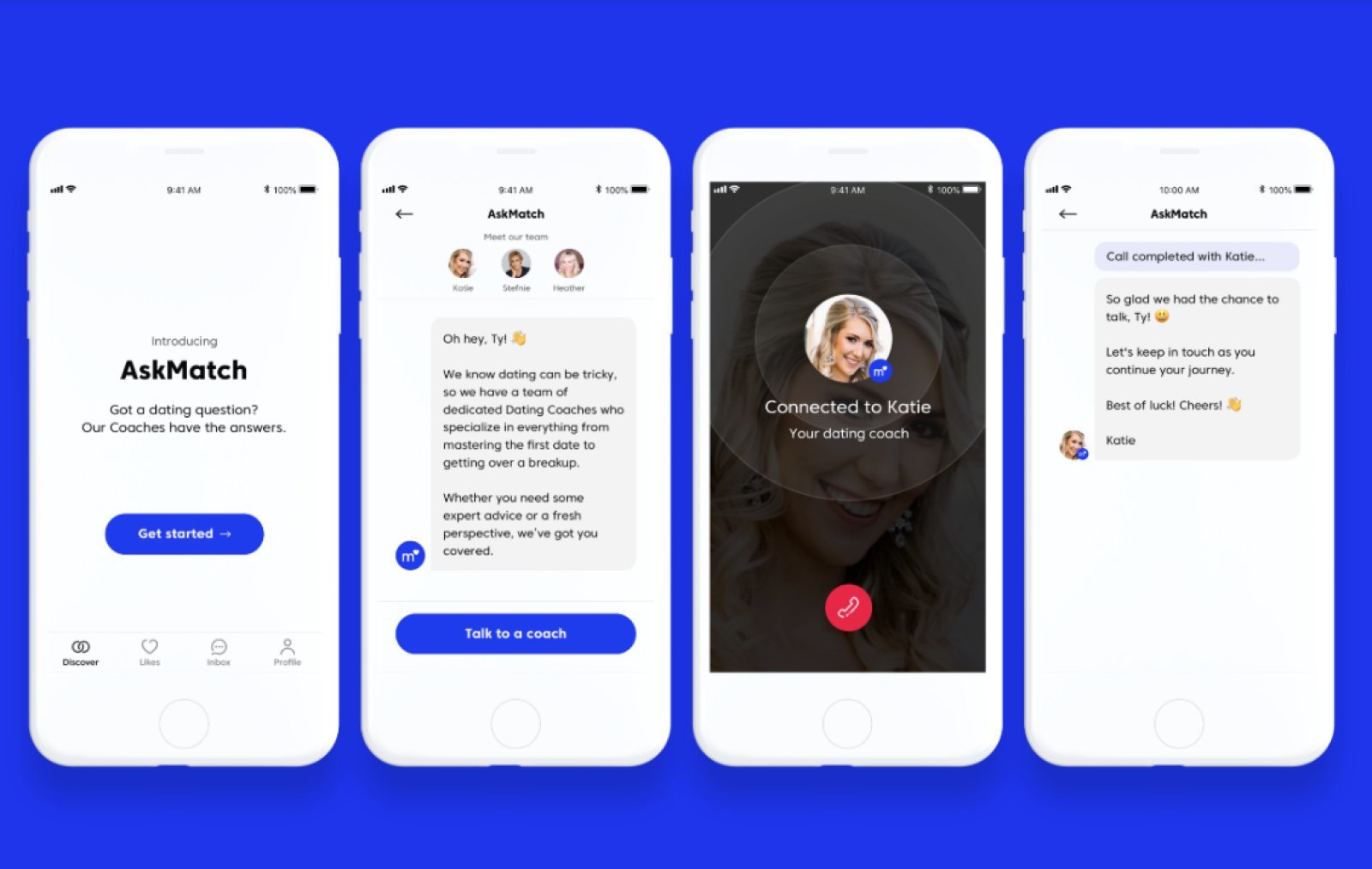 Written by Dominic Whitlock
15th May 2019

Match.com has announced a brand new feature which pairs users with dating coaches. The experts offer advice on a wide range of topics, such as online profile creation, first dates and breakups.

‘AskMatch’ was initially introduced to members in the New York City area with plans to expand its availability to the rest of the US by the end of the year.

The move is a pivot away from some of the main trends in the online dating industry, with many brands investing substantial amounts of money into developing AI software.

Match CEO Hesam Hosseini believes there is a lot more value in getting one-on-one relationship advice from a real person, rather than automated messages. 98% of the product testers said the help they received was useful.

Head Dating Coach Katie Wilson said in a statement: “We want to break out from behind the screen and get to know our members. Members will have the support they need from their coach as they navigate dating in general, not just online.”

“We’ve heard it all so we can offer you a supportive sounding board and straight-forward advice, no matter what you’re going through.”

Singles will first have a short phone call with an expert before keeping in touch via text messages and emails. However, they are not able to message the same person each time they need advice.

Hosseini told Cheddar the main focus is on scaling the product nationwide as fast as possible, but the functionality to connect with the same coach again and again is an update that is currently being worked on.