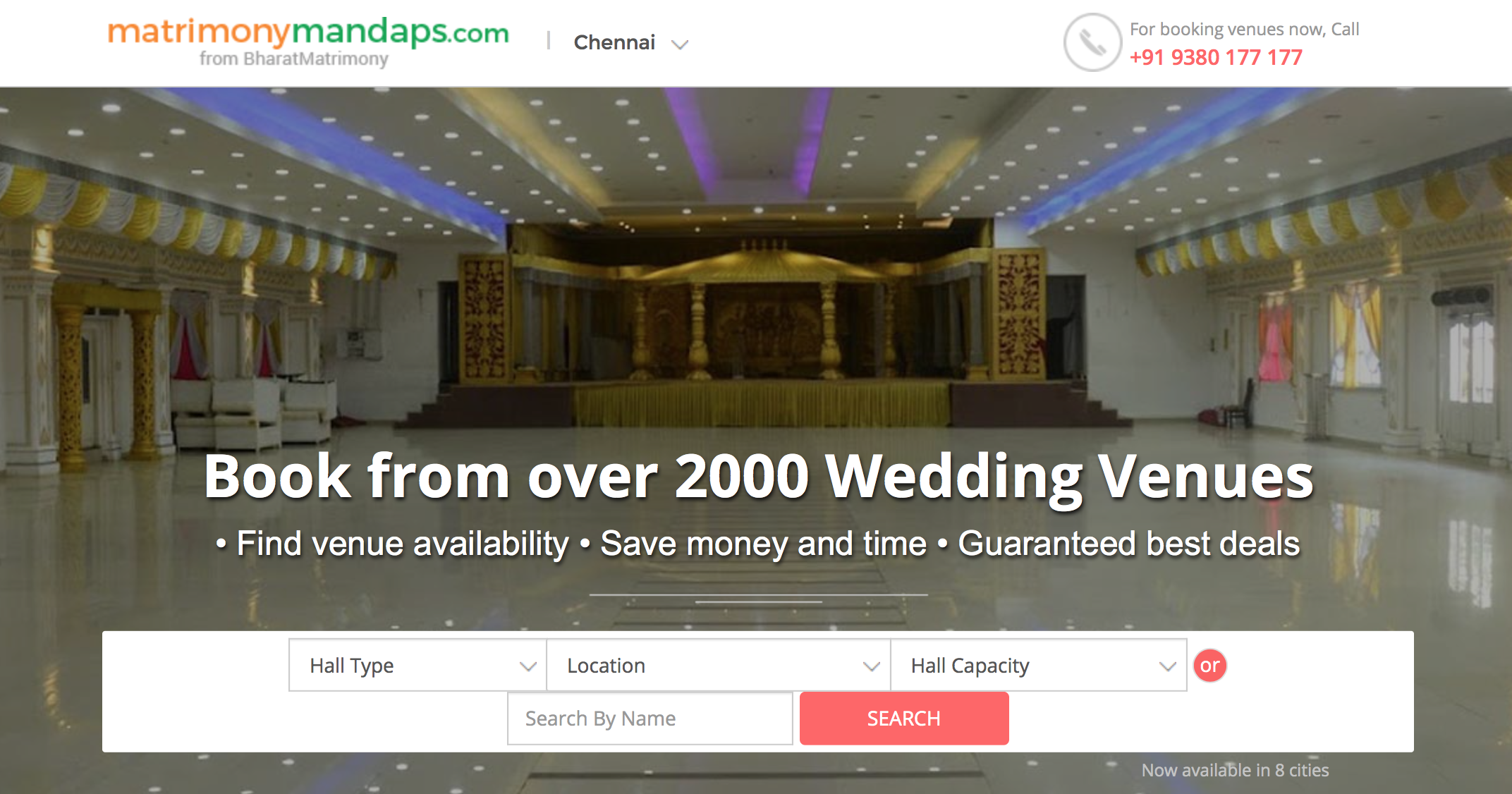 Matrimony.com is planning to let its new wedding services take a back seat for the time being, and will instead focus on continuing to grow its original matchmaking platform.

A variety of new businesses, such as MatrimonyMandaps and MatrimonyBazaar, have been launched in South India to help success stories organise their dream wedding.

There are approximately 12 million weddings in India each year, making it a $50 billion industry.

However, CEO Murugavel Janakiraman said they need to ensure the relevant business models are as good as they can be before expanding up through the rest of the country and Asia.

Janakiraman told CNBC-TV18: “The focus is to ensure scalability and profitability before expanding to other markets. Hopefully, one of our non-core wedding services businesses will go beyond South India, sometime this year.”

Parent company BharatMatrimony has managed to fight off Western online dating websites and apps thus far, maintaining a healthy market share of 3.7 million active users. Executives feel there is still a lot more potential for the portfolio of brands.

According to the Matrimony CEO, there are 60 million Indians looking for love at any given time. The company is aiming to grow into a position where they are able to serve at least half of this number.

The company is estimating that four million new profiles will be created in 2020, followed by a further five million in 2021.

A recent survey from Matrimony.com found that 90% of female users believe every aspect of a marriage should be gender equal.