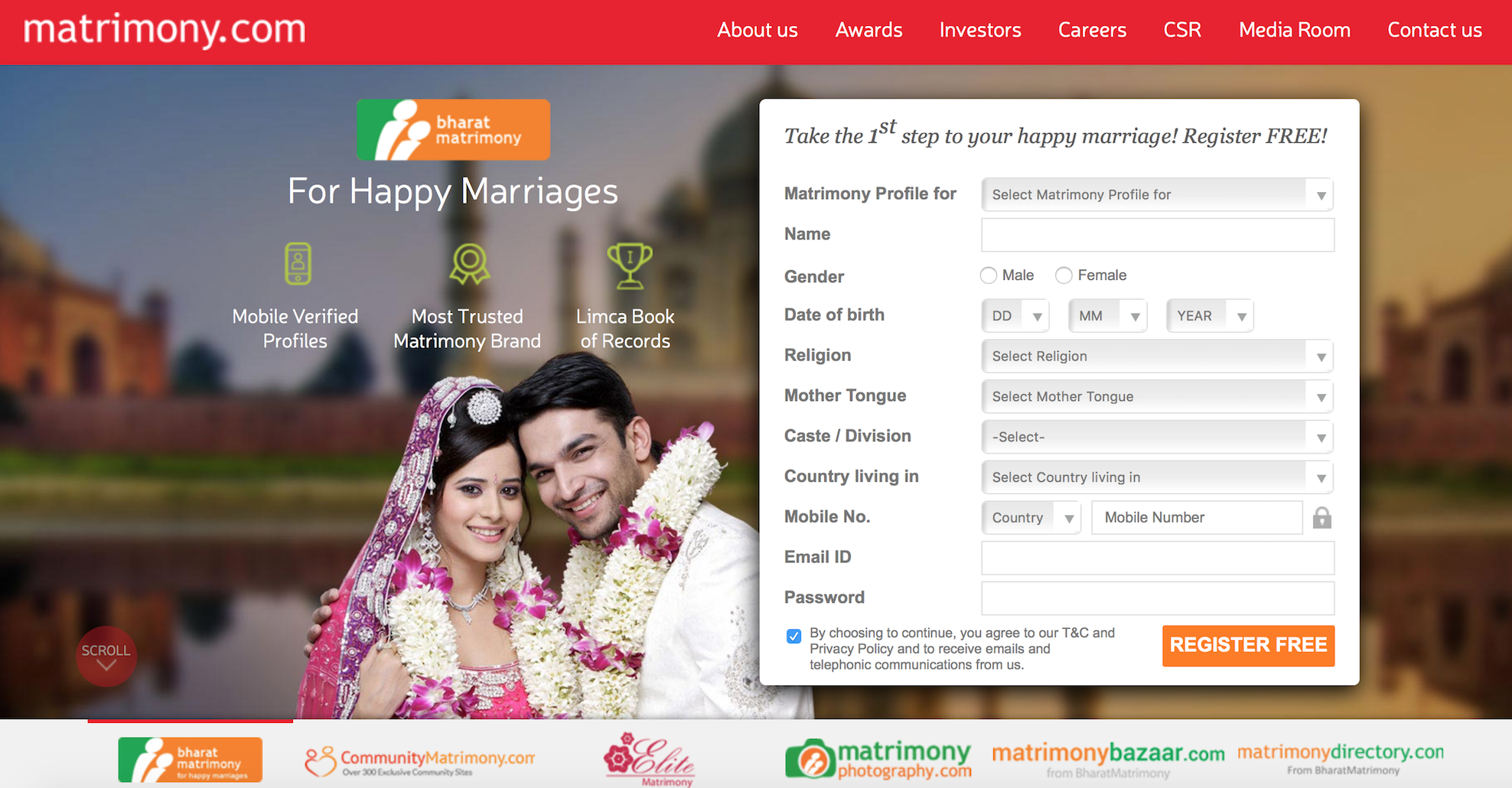 Matrimony.com has just secured approval for an IPO later this year.

The Indian dating business received the approval from the Securities and Exchange Board of India, and is looking to raise around Rs 1,000 crore ($150m).

The dating company filed its Draft Red Herring Prospectus back in August.

Its founder & CEO, Murugavel Janakiraman, said the company aims to get listed by November.

Speaking to TechCircle, Janakiraman said: “We have expanded from Bharat Matrimony to other regional language and community sites to maximise our revenues and market share. We have 300 plus sites now. We have India’s first elite matrimony service for the rich and affluent.”