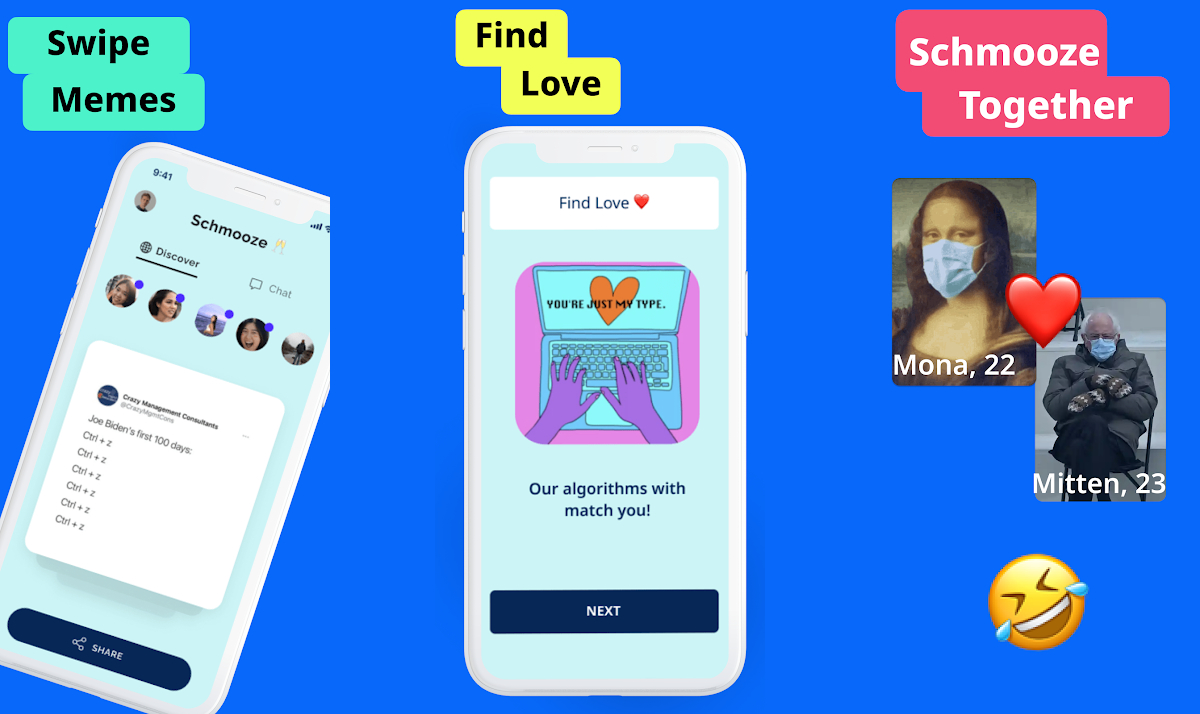 Dating app ‘Schmooze’ raised $270,000 in its first funding round, to introduce its way of matching Gen Z singles through their favourite memes to more universities across the US.

Users don’t immediately view other profiles, they instead spend time swiping through a selection of over 5,000 in-app memes. The algorithm then suggests potential matches depending on their sense of humour and what they find funny.

Approximately 200 memes are added each day and a similar number are deleted depending on current cultural trends and new formats.

The round was led by the Palo Alto-based Ulu Ventures and will help Schmooze expand its marketing efforts, which is currently mainly focused on TikTok and its Gen Z demographic.

Founder Vidya Madhavan recently spoke to TechCrunch about her journey from obtaining a mechanical engineering degree in India, to attending Stanford Graduate School of Business and launching a dating app in the US.

She explained that when she was in India she emailed a number of people who attended prestigious business schools in North America to ask them for advice. One of the people who responded sent “200 emails” in just a few days, the majority of which were jokes.

The pair are now married and Madhavan began to play with the idea of starting a dating platform that has humour at its very core.

The beta version of Schmooze was first rolled out last summer and the app has since been downloaded about 10,000, facilitating over 100,000 matches.